Florida can sleep fearlessly after 54 years! 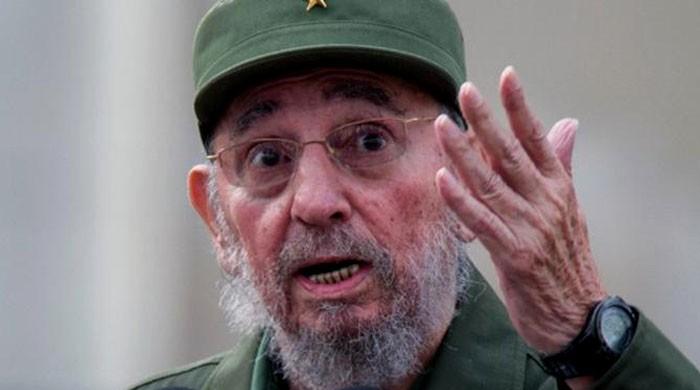 The people of Florida can now sleep fearlessly. This should obviously be taken as a proverbial expression today. Nevertheless, it would have actually had its real meaning and impact had the Cuban leader died sometime during the Cold War.

In fact, since the Cuban Missile Crisis of 1962, Fidel Castro had remained a potential threat to this southeastern state of the United States, forcing its people to stay restless, scared and sleepless especially during the 13-day crisis, the fear was observed till the eventual fall of the Berlin Wall in 1989.

“The Commander-in-Chief of the Cuban Revolution died … this evening,” is how the news of Fidel Castro’s death came on Saturday through an official announcement made none else than his brother and President Raul Castro.

Amidst reports of celebrations in the United States by anti-revolution exiled Cubans including many Cuban-Americans, the memories connected to the Cuban Missile Crisis and those of the Operation called ‘Bay of Pigs’ would still continue to haunt most of them.

The crisis was simply the consequence of the escalating paranoia that already had kept the leaders of the two super powers of the time – the United States and Soviet Union – from each other. They were heavily armed with nuclear missiles and their hysterically extensive espionage activities continued to trouble nations, countries, regions and even continents beside each other for almost 44 years since 1945.

As simple as it was, the United States wanted to topple Fidel Castro’s pro-Soviet communist government. And therefore, it launched a fierce raid – called ‘Bay of Pigs Invasion’ – on the Castro’s island country. But the operation miserably failed as a result of a fierce resistance, annoying the Americans deeply.

Fidel Castro was not satisfied with the enemy’s failure. He requested Soviet Union to place nuclear missiles in his country to deter further harassment by the powerful neighbors. Already annoyed by the presence of US Jupiter ballistic missiles in Italy and Turkey, and Moscow being their sole target, Soviet leader Nikita Khrushchev approved of the installation of medium-range ballistic missiles, tilting towards the southern parts of Florida. But everything was done quietly only to irritate the United States – already annoyed by the failure of the Bay of Pigs Invasion.

American paranoia however, worked for them here in this particular case. A spy plane, called Lockheed U-2 aircraft, flew over the northern parts of the island. And before telling what happened next, another story involving the U-2 spy plane’s historic flight has to be narrated here briefly, as it had taken off almost two years before the Cuban Crisis, from a place located in Pakistan.

In the mid 1950's, the United States surveyed many locations in the West Pakistan to develop a station in order to intercept Soviet transmissions. The location finally recommended by a US team is now known as Badaber, Peshawar. Field Martial General Ayub Khan, who had taken to power in the meantime, offered no resistance in granting permission to the United States. At one time, this station had almost a total of 1300 staffers.

Although Pakistan’s first premier Liaquat Ali Khan had already rejected Soviet Union’s invitation to initiate bilateral ties as he chose to join the pro-United States Capitalist bloc, the establishment of this station near Peshawar was a development that actually had led Pakistan to become a firm party in the Cold War against Soviet Union.

On May 1, 1960, a Lockheed U-2 flight took off from Badaber Station. The prime idea was to fly over the Union of Soviet Socialist Republic (USSR). The plane was piloted by Gary Powers, who was said to have been inducted in a secret espionage mission after he was discharged from US Air Force in 1956. But during his long flight, he was shot down by a Soviet missile; and arrested.

The entire mission failed; whereas Gary Powers – who was extensively interrogated by Soviet officials during his detention in their custody – was not much trusted in the United States in the days that followed. And two years later, it was the turn for a similar flight by the same aircraft but this time around, over the Cuban Island in search of Soviet missiles.

October 14, 1962, Rudolf Anderson was the pilot who was flying over northern regions of the Island in a U-2 spy aircraft loaded with high resolution cameras. The very next day, clear evidence of the presence of medium-range ballistic missiles were found in some pictures, only to trigger the situation that is known as the worst ever confrontation between the two super powers in the entire Cold War history, later dubbed as Cuban Missile Crisis.

In a state of extreme rage, the United States demanded the weapons placed in Cuba be dismantled and returned to the USSR immediately. This was how the rift between the two countries reached its extreme, engulfing almost the whole world already divided between the Capitalist and Communist blocs.

The crisis last for 13 days. But how did the people of southern Florida and parts of Cuba suffer in this period is simply inexplicable. The big powers were close to destroy each other and to, consequently, inviting the nuclear Armageddon.

It is said that missiles, most probably from both sides, armed with nuclear warheads, just awaited a finger on the button to launch. It was vehemently believed it’s going to be a holocaust!

Reports say that in parts of Florida closer to its southern coastlines, the crisis forced millions of people to stay sleepless, continuously following the news reports coming in. Countless citizens stored groceries that seemed sufficient for weeks. On the war fronts, missiles were set ready to the go-position, tilted in the direction of Havana – the capital city of Fidel Castro's island country.

Panic gripped the southeastern state so powerfully that students in schools and colleges were accustomed to sirens and being trained in the ‘Duck and Cover’ techniques that were initially introduced some two years after the Soviet nuclear test. These techniques were later criticized and ridiculed by many in the years that followed. The US President John F. Kennedy’s administration reported that Soviet Union was engaged building a base not-very-far from the country’s southern coastlines.

Many residents witnessed large trucks carrying some unidentified objects they had never seen before, reportedly at or around the midnight. Not only in the United States and Cuba, but also in many islands in Caribbean and nearby seas besides in the coastal areas of Mexico and small Central American states, people remained panicked and scared of nuclear attacks. In many other parts of the involved countries, there were reports of parents getting panicked even by spy planes; they would rush to schools and take their kids home. Everyone, living near and around Cuba and southern Florida, was some way or the other waiting for something extraordinary to happen.

International news services were revealing every updates relentlessly, updating the whole world on everything that happened between the two countries either to aggravate the situation, or to diffuse the mounting tension.

Perhaps the human race was not that unlucky those days. So the time came when the dreadful confrontation was diffused through some mutual concessions. While the Soviet Union agreed to block the shipment of arms to and removal of missiles from, his friend Fidel Castro’s island, the United States pledged not to pose any threat to the island in future.

Cuban Missile Crisis and the Operation ‘Bay of Pigs Invasion’ are not the only reasons to remember Fidel Castro. In spite of the Gary Powers incident in 1960, he welcomed Pakistan to establish its embassy in Cuba only three years later in 1963. While it was closed in the wake of consistent miseries of the Cold War, he initiated to reopen the Cuban embassy in Pakistan in 1980.

After the October 8 earthquake in Pakistan, while he remained a vital political entity in his country, the government of Cuba had sent around 2,400 physicians and paramedics besides setting up some 34 field hospitals and relief camps in the affected areas. This was something unprecedented, making the then President of Pakistan reciprocate by paying respect to Fidel Castro’s political struggle on January 1, 2007 – the Cuban Revolution Day.

There’s just one more thing to add to his credit, many of us may or may not agree with the notion that the strongest and most memorable part of Fidel Castro’s life and personality was his association with Che Guevara. Right or wrong, Che’s the person who inevitably became the world’s most celebrated revolutionary years after his death. In Che’s life though, Castro regarded his relentless political struggle and sacrifices by appointing him at several key positions.

In 1997, when Che Guevara’s remains were recovered from a desolate place in Bolivia, where he was quietly buried after his execution, Fidel Castro arranged his formal funeral, established his memorial in Santa Clara, Cuba, where Che had fought against the regime of General Fulgencio Batista, forcing him to flee the country.

And this is exactly where and when Fidel Castro – formerly known as a revolutionary – had begun his career as a statesman swearing in as the first Prime Minister of Communist Cuba. Although Che parted ways after a few years so as to continue his struggle in South America, Castro at times made his best to prove his loyalty and respect for him. Or at least, he tried. RIP Castro!

— The writer is a senior journalist working for Geo News / Jang Group.

Egypt's ousted autocrat Mubarak to be buried with military honours

European authorities in a frenzy to contain coronavirus in key hotspots

Bangladesh once again delays relocation of Rohingya to refugee island