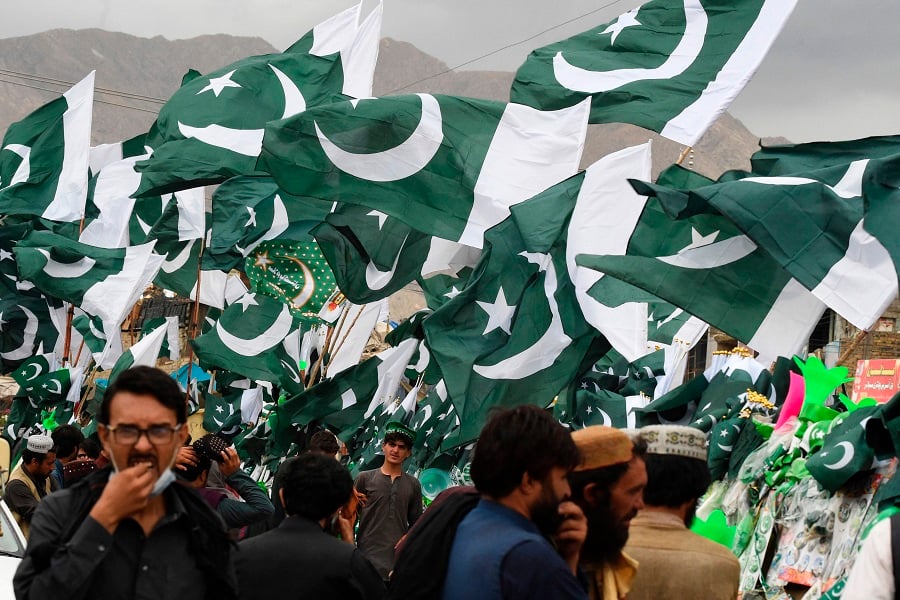 Independence Day preparations in full swing ahead of August 14

Cities are seen dotted with footpath vendors where people rush to buy flags, badges and other decoration items

As Azadi festivities are gaining momentum, the sale of Independence Day-related items including national flags, buntings, badges, dresses, and other decorations at makeshift stalls has reached its peak across the country to attract patriotic customers, especially kids.

Shopkeepers and footpath vendors have set up their temporary stalls where people are seen in crowds busy in buying things at cheaper rates.

According to roadside vendors, the most enthusiastic are the children who are busy in collecting badges and also beautifying their bicycles with special stickers inscribed with messages of Independence Day.

A vendor at Islamabad's G-7 road while talking to APP said the demand for the national flag and badges was on the rise as August 14 is getting nearer, adding that most of the motorists were buying flags to hoist on their cars.

Another seller in G-10 Markaz commented that like every year, this year too vendors at their stalls on footpaths were doing a roaring business, trying to sell whatever they had as the entire inventory would go waste on August 15.

A motorist, Arslan Ali, said along with the sale of the national flag, the sale of green and white dresses was also popular among the citizens.

A buyer said, “We are coming to footpath stalls for Independence Day shopping as the prices of items are cheap here compared to shops and malls.”

On the other hand, booksellers and shopkeepers say stickers and hand-held stickers are also in high demand this year.