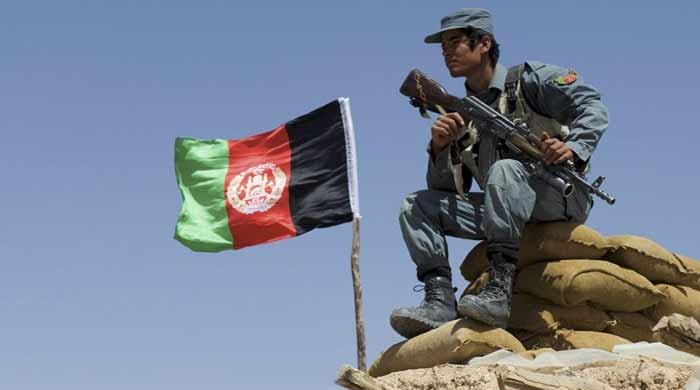 MOSCOW/ISLAMABAD: Russia, China and Pakistan have agreed on efforts to remove Afghan individuals from the UN sanctions lists as part of efforts to foster peaceful dialogue between Kabul and the Taliban movement in Afghanistan.

Representatives from the three countries, meeting in Moscow on Tuesday, also warned of the growing influence of the Daesh militant group in Afghanistan and agreed to invite the Afghan government to such talks in the future, the Russian Foreign Ministry said.

The three countries agreed a "flexible approach to remove certain figures from UN sanctions lists as part of efforts to foster a peaceful dialogue between Kabul and the Taliban movement," ministry spokeswoman Maria Zakharova told reporters after the meeting.

"(The three countries) expressed particular concern about the rising activity in the country of extremist groups including the Afghan branch of Daesh," she said.

Zakharova said Russia, China and Pakistan had "noted the deterioration of the security situation (in Afghanistan)".

"The parties agreed to proceed with consultations in an expanded format and would welcome the participation of Afghanistan," she added.

The Pakistani delegation was led by Foreign Secretary Aizaz Ahmad Chaudhary at the talks. Foreign Office spokesman Nafees Zakria earlier told a media briefing that peace and stability in Afghanistan is in the interest of Pakistan and the entire region.

The gathering is the third episode in a series of consultations between Russia, China and Pakistan that has so far excluded Kabul.

Chinese, Pakistani and Russian officials say they were driven to joint action by the efforts of Daesh affiliates to establish a foothold in Afghanistan.

The meeting is likely to worry Washington with the perception that it is being sidelined in negotiations over Afghanistan's future.

The United States still has nearly 10,000 troops in Afghanistan more than 15 years after the Taliban were toppled by US-backed Afghan forces.

"Discussion about the situation in Afghanistan, even if well-intentioned, in the absence of Afghans cannot help the real situation and also raises serious questions about the purpose of such meetings," he said.

A number of Afghan provincial capitals have come under pressure from the Taliban this year while Afghan forces have been suffering high casualty rates, with more than 5,500 killed in the first eight months of 2016.

An offshoot of Daesh has claimed responsibility for several attacks in the last year.

The Russian inclusion in the China-Pakistan Economic Corridor (CPEC) was another important agenda of the trilateral meeting.

There has been no formal discussion on the subject yet, however Russia has shown intention to be included in the project and China has welcomed the request.

Billions will live in poverty for at least a decade due to COVID-19: Oxfam report

UAE cabinet gives nod to establishing an embassy in Israel

UK to quarantine visitors from nations with high COVID-19 risk

Coronavirus: Foreigners in Bali made to do push-ups for not wearing face masks