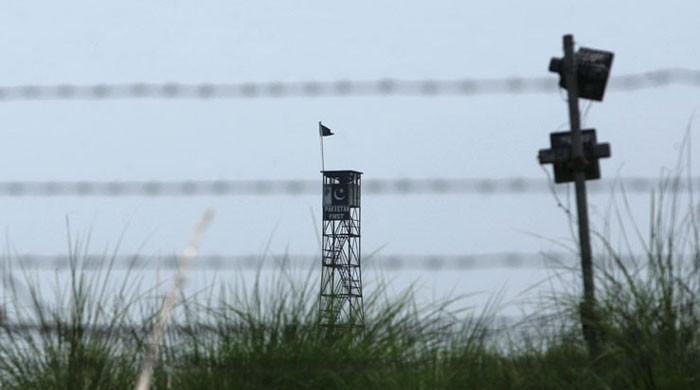 RAWALPINDI: Indian border forces continued to violate the ceasefire agreement along the Line of Control on Thursday, with over five violations during the last 24 hours, the ISPR said.

According to an ISPR statement, Indian forces have violated the ceasefire at four different locations including Jandrot, Nikyal, Baroh and Khanjar areas in the last 24 hours.

Pakistan has repeatedly warned India against violations of the ceasefire agreement along UN-monitored de facto LoC border in Kashmir.

The Army Chief assured the AJK PM that Pakistan Army is vigilant and capable of responding to all kinds of threats from across the border.

Winding up debate on a motion regarding the situation arising out of continuing Indian violations of Line of Control (LoC) and ceasefire on Working Boundary (WB), the minister said If India dares to carry out surgical strike inside Pakistan, it will forget how to conduct even fake and false strikes.

“The first surgical strike by India was also fake,” said the defence minister, adding that the entire farce of the surgical strikes was created to dupe the Indian nation.

Khawaja Asif in his speech said that there could be some possible explanation behind India’s fake claim of across-the-border strikes.

According to the Defence Minister, India wanted to link the ongoing freedom struggle in Occupied Kashmir to terrorism and infiltration. "India wants to connect the ongoing uprising in IoK to Pakistan and made such references on several international forums, although it remained unsuccessful."

Pakistan will continue to provide diplomatic and moral support to the people of the Occupied territory, he said.