Pakistan among most dangerous countries for journalists: report

Pakistan is among the most dangerous countries in the world for journalism, France-based watchdog Reporters Without Borders (RSF) revealed in its latest annual press freedom report.

According to the 2017 World Press Freedom Index compiled by RSF, Pakistan ranks at 139 out of 180 countries.

"There are fatal attacks on journalists every year, though the number has dropped for the past four years," the report stated.

At least 117 journalists have been killed in the past 15 years in Pakistan, and of these, only three cases were taken up in the judicial courts. 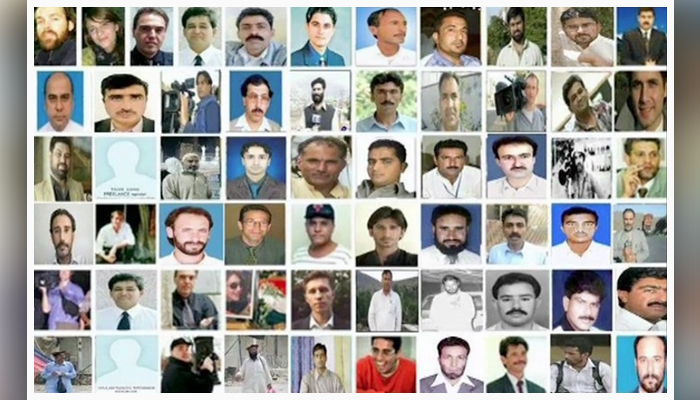 Pakistani journalists who lost their lives in the line of duty

Renowned Pakistani journalist and Geo News senior anchor Hamid Mir, who survived being shot six times in 2014, has called journalism "as free of shackles as the parliament".

Commenting on the RSF report, he said that the new “weapon of fake blasphemy allegations” posed a threat to journalists in the country, among other dangers faced by media professionals.

“Earlier, the rationale of traitor to the state was used to assault journalists,” he said.

Mir noted that demands have been made to establish laws to safeguards journalists, but the requests fade over time and are forgotten.

Many journalists go out of their way and risk their lives to keep the public informed of the country’s happenings. However, promises are only made to protect them when they are singled out and harassed, but no substantial progress is made.

The situation has not changed over time. “Those who are in the field of journalism still stay vulnerable” to threats and kidnapping, said Pakistani journalist and political commentator Asma Shirazi.

Published annually by RSF since 2002, the World Press Freedom Index measures the level of media freedom in 180 countries, including the level of pluralism, media independence, and respect for the safety and freedom of journalists. The 2017 Index takes account of violations that took place between January 1 and December 31 of 2016.