Doctors dispensing their professional duties in Indian occupied Kashmir have decried harassment and manhandling by the regional police despite the ongoing coronavirus crisis, according a Brut India report.

Senior doctor and cardiologist Syed Maqbool spoke to the publication and said that he was harassed, beaten and kept in police custody without any reason.

The doctor said that he was detained on his way to Government Medical College, one of Srinagar’s biggest hospitals.

Dr Maqbool said that despite telling the policeman that he was going on duty, he was not allowed to take the route.

The doctor said when he stepped out of the car to talk to the SHO, he was "hit in the belly" by the policeman with a baton.

The SHO, who was standing across the road, rushed to the side and grabbed the doctor and took him to Zadibal police station, he said.

The doctor said his phone was also confiscated and he wasn’t allowed to make any calls, even emergency calls to the hospital.

Upon insistence to contact the hospital, the policeman reportedly told the doctor: “You doctors are thieves, you earn commissions. You write duplicate medications. That’s what you make money upon […] To hell with your hospital, you and your patients. I am not bothered about that. This COVID is actually a problem of police and police is talking it,” said Dr Maqbool.

The policeman threatened the cardiologist with strict action and 10 years in prison, saying they have "orders from MHA".

The report said that earlier, Bandipora’s Chief Medical Officer Dr Tajamul Hussain, was also detained while he was heading to a quarantine centre.

Following the incidents, the medical staff staged a token protest in the occupied valley.

“On one hand, our prime minister, our home minister, our state administration all over India, all over world people are saluting doctors, they are paving way for them. They are creating simple ways for them to reach their hospitals. They are being flowered [sic]. 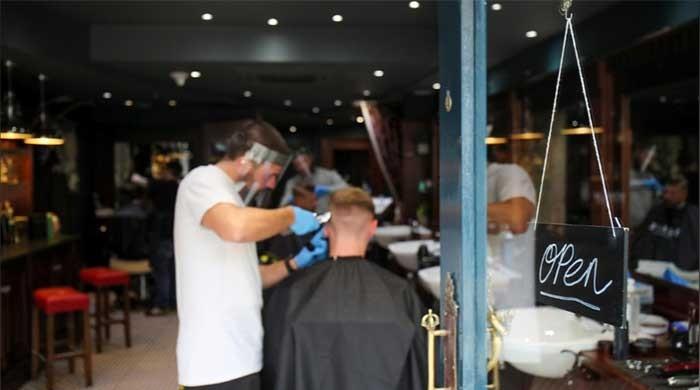