Big Tech giants Facebook and Apple delivered blockbuster profits on Wednesday, amid calls for increased scrutiny of the two companies due to their growing dominance during the coronavirus pandemic.

The two Silicon Valley giants reported profits that essentially doubled, with Apple earning more than $23.6 billion and Facebook some $9.5 billion in the first three months of the year.

Apple was lifted by strong gains in sales of iPhones and assorted products and services, while Facebook saw robust increases in digital advertising, reflecting people's rising internet usage during the ongoing pandemic.

The results followed what one analyst called a "monster" quarter for Google and its parent firm Alphabet, which with Facebook dominates online advertising, and a robust report from Microsoft, which is growing its cloud computing operations.

The latest results are likely to prompt more attention for the giant tech firms which have been able to deliver needed goods and services to locked-down consumers.

Facebook, Google, Amazon and Apple are among tech titans that have thrived as the pandemic accelerated a shift to working, learning, shopping and socializing online.

"The large tech companies are in the right place at the right time," said Darrell West, a fellow at the Brookings Institution´s Center for Technology Innovation.

"Covid has accelerated digital transformation in education, healthcare, remote work, and e-commerce and that has boosted the profitability of those firms. But there remains a backlash against the sector because people are worried about privacy, security and human safety."

The surging influence of Big Tech firms, including Amazon, which reports earnings Thursday, has led to calls for increased regulation, higher taxes and stronger antitrust enforcement to foster more competition.

"Leaders from a variety of different perspectives want tougher action and seeing the large profits is not going to ease the tension with those companies," said West.

Facebook reported its user ranks increased despite persistent criticism over its efforts to protect user privacy and stem misinformation.

The number of people using the leading social network monthly climbed 10% to 2.85 billion, according to the Silicon Valley giant. And monthly usage of the "family" of Facebook apps including Instagram, WhatsApp and Messenger, was pegged at 3.45 billion.

Ad revenue in the quarter was driven by a 30% rise in price along with a 12% increase in the number of ads, according to Facebook.

A day earlier, Alphabet said profit in the first quarter leapt to $17.9 billion from $6.8 billion in the same period a year ago while revenues jumped 34%to $55.3 billion, led by gains in advertising and cloud computing services.

"Google had an absolute monster quarter with ads leading the way with an incredible 32% revenue improvement," said Patrick Moorhead at Moor Insights & Strategies.

Apple meanwhile said revenue was the best ever for its fiscal second quarter, up 54% to $89.6 billion.

Revenue from iPhones jumped 65% from a year ago to $47 billion, reflecting strong demand for new iPhone 12 models.

Apple also reported gains in sales of iPads, Mac computers, wearables and accessories, and its array of services from digital payments to music.

"This quarter reflects both the enduring ways our products have helped our users meet this moment in their own lives, as well as the optimism consumers seem to feel about better days ahead for all of us," said chief executive Tim Cook.

"Apple is in a period of sweeping innovation across our product lineup, and we´re keeping focus on how we can help our teams and the communities where we work emerge from this pandemic into a better world." 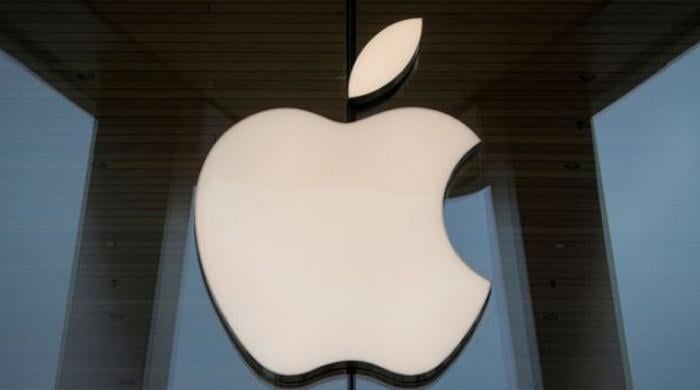