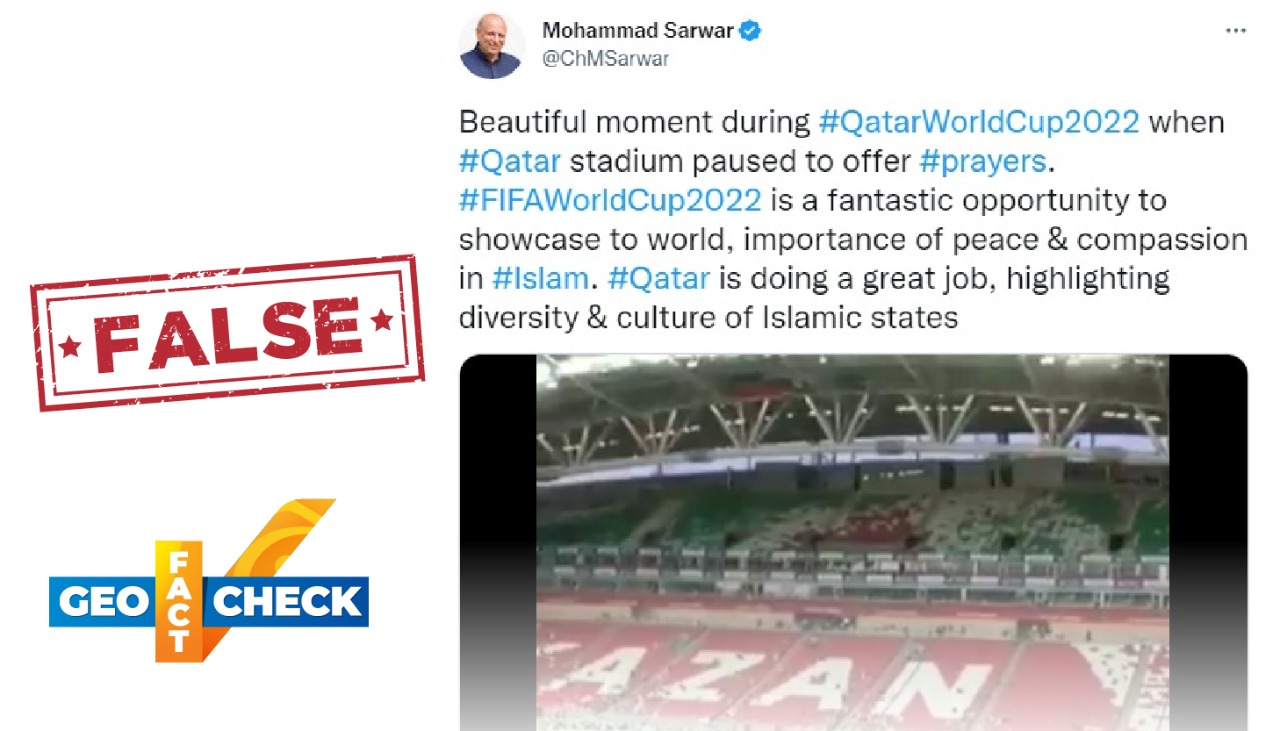 The footage is in fact three years old. It was posted by the office of the president of Tatarstan on May 25, 2019

Social media users and Pakistani politicians have posted a video, which they claim shows Muslims praying in a stadium in Qatar, during the 2022 Fédération Internationale de Football Association (FIFA) World Cup.

The claim is false.

On November 21, Mohammad Sarwar, the former governor of Punjab, posted a short clip that showed thousands of Muslims offering prayers in a stadium.

Sarwar captioned the video as: “Beautiful moment during Qatar World Cup 2022 when Qatar stadium paused to offer prayers.” The clip he posted has received over 31,000 views.

Chaudhry Abid Raza, a parliamentarian belonging to the PML-N, also shared the video on November 20 on his Facebook. He wrote: “Allah Akbar! Faith-refreshing scenes at Qatar Football Stadium Subhan Allah❤️.”

This video is not from the Qatar football world cup 2022. The footage is in fact three years old.

It was posted by the office of the president of Tatarstan, a republic of Russia, on May 25, 2019, with the title: “The 7th regional iftar.”

In a statement released with the video in 2019, President Rustam Minnikhanov was quoted as saying that a regional iftar was held at the Kazan Arena Stadium in Tatarstan, where around 15,000 people were invited.

Follow us on @GeoFactCheck. If our readers detect any errors, we encourage them to contact us at [email protected]