Afghan Taliban deny peace talks with US in Qatar 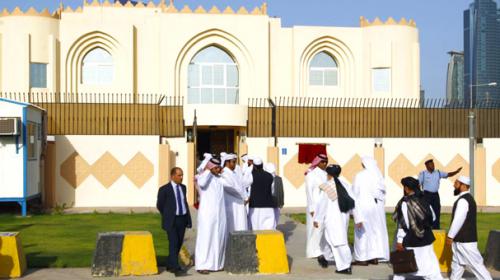 KABUL: The central spokesman of the Afghan Taliban said Thursday that there were no plans for negotiations with the US in Qatar, contradicting earlier claims by militant leaders that peace talks would resume within weeks.

"We do not have any plans for negotiations with anyone in Qatar. Regarding the negotiations, there is no new changes in the policy of Islamic Emirates of Afghanistan," Zabihullah Mujahid said in a statement.

Sources within the Afghan Taliban had earlier claimed their negotiators would hold the first round of peace talks with US officials in Qatar later in the day.

“The first session will take place today in Qatar and then there would be another session on Friday. Let us see what happens as talks before did not yield any results,” a senior member of the Afghan Taliban said by telephone from Qatar.

The claim was later contradicted by Mujahid's statement.

The White House also rejected reports of talks with the militant group's negotiators in Qatar.

"The United States currently has no meetings with the Taliban scheduled in Doha," said Bernadette Meehan, a spokeswoman for the White House´s National Security Council.

"We remain supportive of an Afghan-led reconciliation process whereby the Taliban and the Afghans engage in talks toward a settlement to resolve the conflict in Afghanistan.”

The Taliban opened an office in the Qatari capital Doha in June 2013, aimed at talking to the US ahead of withdrawal of most American troops the following year.