India has to answer for its crimes in IoK: Maleeha Lodhi 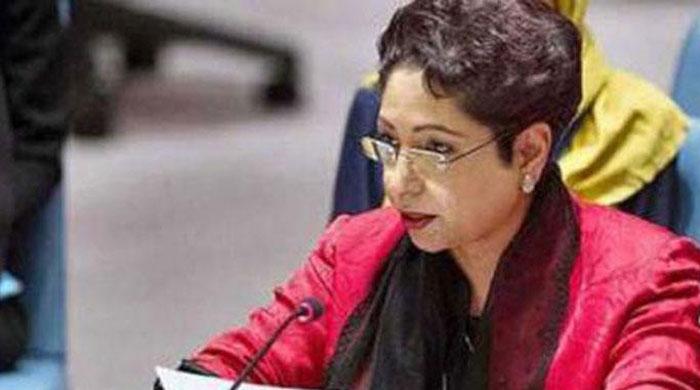 ISLAMABAD: Pakistan’s Permanent Representative to the United Nations Dr Maleeha Lodhi Sunday said India had to answer to the world for all its atrocities and crimes, including inhuman use of bullets and pellets against the innocent Kashmiri people in the Occupied Kashmir.

She said it was impossible for India to diplomatically isolate Pakistan as her attempts in that regard were a doomed ploy to divert world attention from a very serious situation in the occupied valley.

“Such attempts were made in the past as well but failed and now the international attention on the gross human rights violations in the Indian Occupied Kashmir (IoK) valley had also put New Delhi on the defensive”, she maintained in response to queries in a private news channel programme.

Maleeha said Pakistan wanted a peaceful settlement of all  issues with its neighbour but it should be noticed which country was talking in a belligerent manner and beating the war drums.

“Such gross human rights crimes and war rhetoric were further exposing Indian government globally putting it on tenterhooks,” she opined.

Dr Maleeha to another question replied that equating Balochistan with the IoK by the Indian government manifested its extreme sense of frustration.

“India is falling to its own propaganda,” she said adding “the Organization of Islamic Cooperation (OIC) would soon send a fact finding mission to the IoK.”

Terming two US lawmakers bill against Islamabad frivolous, one Pakistan’s representative said it was impossible to get support in the Congress.

She said the timing of the resolution and Uri attack should be noted as they were part of a design to divert attention from the grave situation in the IoK.