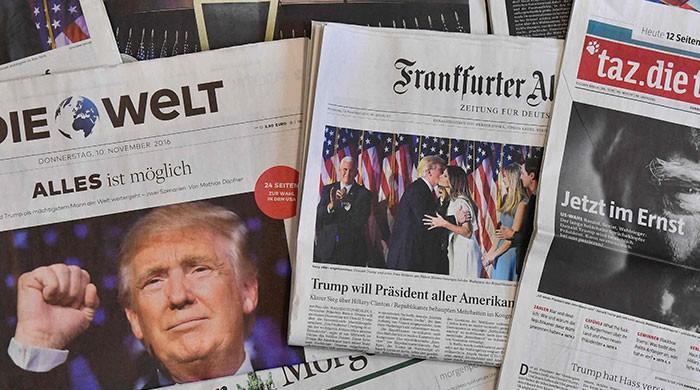 BEIRUT: Syria’s main opposition group has urged US president-elect Donald Trump to protect civilians and help end the bloodshed in the country, devastated by five years of war.

He called for American support to "establish peace in our region and to find fair and swift solutions for the threat of terrorism... especially the state terrorism practised by the Syrian regime against the Syrian people," Hijab said.

Hijab congratulated Trump on his election victory and urged him to provide "the fastest and most efficient means to protect civilians".

The conflict in Syria has left some 300,000 people dead since anti-regime protests in 2011 triggered a brutal government crackdown that has prompted accusations of war crimes.

Syrian rebels have criticised President Barack Obama for not intervening militarily against the regime.

In an interview with the New York Times on March 26, Trump said he thought "the approach of fighting Assad and ISIS (IS) simultaneously was madness, and idiocy".

"You can’t be fighting two people that are fighting each other, and fighting them together. You have to pick one or the other," said Trump, who has also pledged to improve America’s ties with Assad’s main backer, Russia.

Damascus has not officially reacted to the Republican candidate’s victory in Tuesday’s election, but pro-regime commentators have welcomed the result.