Plenty of room for ‘bad dudes’ at Guantanamo 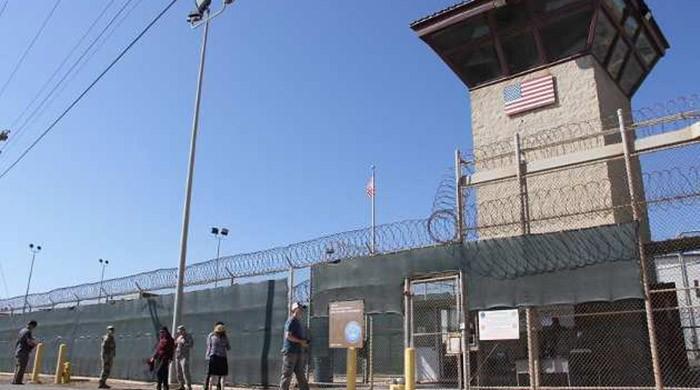 It’s been almost a decade since the last detainee landed at Guantanamo Bay. Most of the jail’s camps are now mothballed and the inmate population is down to just 41.

But after years of shrinking operations at the notorious military prison, commanders are now bracing for a potential U-turn under the new administration of President Donald Trump.

Trump has said he wants to load up Guantanamo with “some bad dudes,” and a draft executive order circulated by US media this week suggests he is poised to indefinitely halt all detainee releases, including five men who had been cleared for transfer under his predecessor Barack Obama.

“We are planning for all contingencies,” prison spokesman Captain John Filostrat said.

Trump has also said it would be “fine” if US terror suspects were sent to Guantanamo for trial, and the executive order arguably opens the possibility that Americans, even those arrested in the United States, could end up here.

Filostrat, who stressed he has not received any new orders, said Guantanamo could easily take about another 200 detainees if needed.

Trump has provided few specifics about his Guantanamo plans, but the draft executive order says the facility is a “critical tool” in the fight against “radical Islamist groups.”

About 780 men have been held at Guantanamo since it opened in 2002, and most of the basic infrastructure that housed them remains.

New inmates would be primarily housed in Camp 6, a medium-security facility that opened in 2006 at a cost of 37 million, where the bulk of the current 41 inmates are detained.

The facility sits close to the blue Caribbean coast and its outer perimeter is a chain-link fence covered with sniper netting and topped with razor wire.

Other new arrivals could be held in Camp 5, a detention facility that was closed last year as the population dwindled. It currently is being repurposed as a medical center.
Filostrat said other prison camps could quickly be reactivated if need be, though most likely not the infamous Camp X-Ray.

That facility, only used for a few months in early 2002, left an indelible mark after blindfolded and shackled detainees wearing orange jumpsuits were photographed there.

It is now overgrown with thick weeds and has been preserved by court order as a potential crime scene after detainees alleged they were tortured there.

Trump this week said he “absolutely” thinks waterboarding and other harsh interrogation techniques work, but will defer to Pentagon chief James Mattis and CIA director Mike Pompeo for guidance on the issue.

The arrival of new inmates at Guantanamo would mark a stark departure from the last eight years under Obama.

In 2009, soon after he was sworn in, Obama ordered the prison to be closed within a year, and no new inmate has come here since early 2008.

But Obama failed. Political bickering, vehement Republican opposition and foreign allies’ reluctance to take in the prisoners meant he could not close Guantanamo, though the population dropped from 242 to 41 under his watch.

Of those remaining, five have been cleared for transfer – but efforts to fly them out before Trump took office failed at the last minute.

Currently, the Guantanamo jail complex still maintains a pretense that its presence is temporary.

Visitors chug imported water and sleep in communal tents, the bathrooms are called latrines and prison guards belong to an “expeditionary” force.

According to the draft memo, Trump would order Mattis to halt “any existing transfer efforts” pending further national security reviews, meaning the five who were cleared likely will be stuck here for years to come.

Another 26 inmates are trapped in legal purgatory. These so-called “forever prisoners” have never been charged – yet they have been deemed too dangerous to release.

The other 10, including the alleged plotters of the September 11, 2001 attacks, are going through a slow-motion military prosecution at Guantanamo.

The five alleged 9/11 co-conspirators appeared briefly in court this week. Their hearings were again suspended, this time because a chief lawyer for the self-professed mastermind, Khalid Sheikh Mohammed, had broken her arm and could not fly down to the remote naval base on the eastern end of Cuba.

James Hall, a retired New York Port Authority police sergeant who responded after the Twin Towers were attacked, was among a group of 9/11 victim relatives who had flown to Guantanamo for the hearings.

Even though the tribunals here have been bogged down for years, he said he supported the continued use of Guantanamo and the military commission system for detainees.

“I feel that this military commission is the only way, and the proper way, to make sure that justice is served in this format,” Hall told reporters.

“I am confident that… this is the way it needs to be, for now and in the future.”

Mother of 5 dies from COVID-19 on visit to Pakistan

Fact check: No, British PM Boris Johnson has not passed away due to COVID-19

Indian leaders reluctant to end lockdown due to coronavirus pandemic