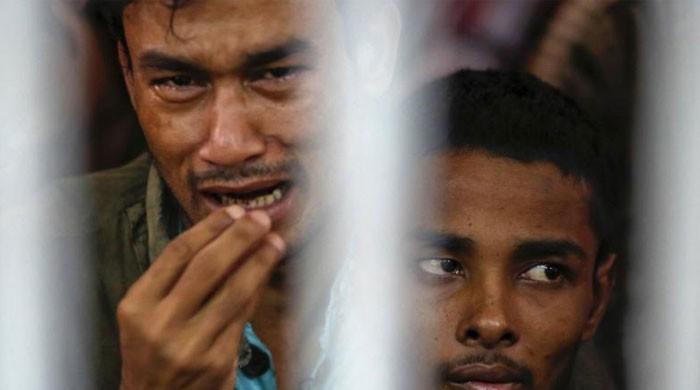 ISTANBUL: With at least 80 deaths confirmed, many more missing in cross-border movement and over 8000 deportations in the last 2-3 years, Turkey still remains a favourite staging area for human traffickers carrying human merchandise to European destinations – considered a land of milk and honey by many.

Last week alone, three bodies of Pakistani citizens were recovered from the Greek coast, following sinking of an overloaded ferry, in which many more went missing, while travelling from Turkey.

Fleeing conflicts and poor economic conditions at home, these young men risk their lives dreaming of prosperity in western European states as baby boomers or as low as to moderately skilled labourers despite tough economic conditions in Europe, stern border controls, politics of ultra right, Xenophobia and strong emotion against migrants. They transit from Kosovo and Albania, Montenegro, Bosnia and Herzegovina, Serbia and Croatia.

Turkey remains a spring board to European destinations and in Istanbul alone, an estimated 40,000 Pakistani youths are living illegally. Waiting for the right time, they are not alone as individuals from a couple of more nations of South Asia and even Turkey itself are among the aspirants for economic migration.

Desperate to chase their dreams, these young men turn a blind eye to the often harsh and inclement travel conditions. Squeezed into containers or buses in extreme weather, they are often made to walk for long hours in challenging terrain trying to evade border controls, with little food and water.

“We sometimes had to walk endlessly causing feet to develop sores and start bleeding,” said 26-year-old Javed from Mandi Bahauddin. “We travelled in biting cold in groups alongside Afghans, Nepalese and Bangladeshi, Iranian, Syrian and Turkish nationals from southeastern provinces.”

Also benefitting from human traffickers are smugglers, criminals and “terrorists” of FETO (Fetullah Gullen network who is accused of plotting a military coup in Turkey in July, last year), YPG (the militant wing of the insurgent Kurdistan Workers Party), TAK (Kurdistan Freedom Hawks) militants in escaping the law, said an Istanbul-based police officer, who belongs to the anti-human trafficking unit.

Typically, human trafficking gangs comprise smugglers and operators involving the country of origin and destination, as well as those in transit. Likewise, these gangs consist of a large chain of Pakistani, Afghan, Balochi, Iranian and Kurdish operators involved in multimillion-dollar transcontinental human trafficking schemes. Besides, the Pakistani partners, the Kurd and Afghan gangs have operational control, in Turkey’s context, the police officer said.

Trafficking from Pakistan to Turkey costs around Rs200, 000 and involves travel through treacherous, snow-covered terrain. Most of the Pakistani youths come from Khyber Pakhtunkhwa and from Punjab cities of Gujrat, Gujranwala, Sialkot, Sheikhupura and Mandi Bahauddin.

“These young men often suffer injuries and at times have to come across gunfire from Iranian border guards, who fire incessantly at anything moving on the border. Many times the traffickers abandon the sick and dying in the snow-clad border passes between Iran and Turkey. Sometimes only after snow melts, we find bodies of migrants trying to cross the border,” said the Istanbul police expert.

This may not be all. They even get kidnapped and mercilessly tortured by smugglers as a result of fallout among partners in crime over money share and on finding out if some in their “human consignment” has a moneyed streak.

As was recently reported, some kidnapped Pakistani youngsters were savagely tortured by smugglers in Turkey, who then sent the shocking torture videos to families of the hostages in Pakistan, demanding millions against their release.

This greed and callousness lead the smugglers to overcrowd ferries for travelling to European countries from Turkey. Often, these boats fail to cope with heavy load and overturn in choppy waters, drowning the human cargo.

The world, on the prosecution and conviction of human traffickers, has met little success. Fortunately, one of the skippers involved in a similar boat incident was convicted, but it largely remains a matter of serious commitment and hardwork.

In January, Turkish police busted a gang with over 50 operatives, but the prosecution is tedious as foreign migrants or their heirs never return to stand witness against the traffickers, who in turn get bailed out and the trail gets cold.

US Election 2020: Melania Trump 'yanks' her hand away from Donald Trump's