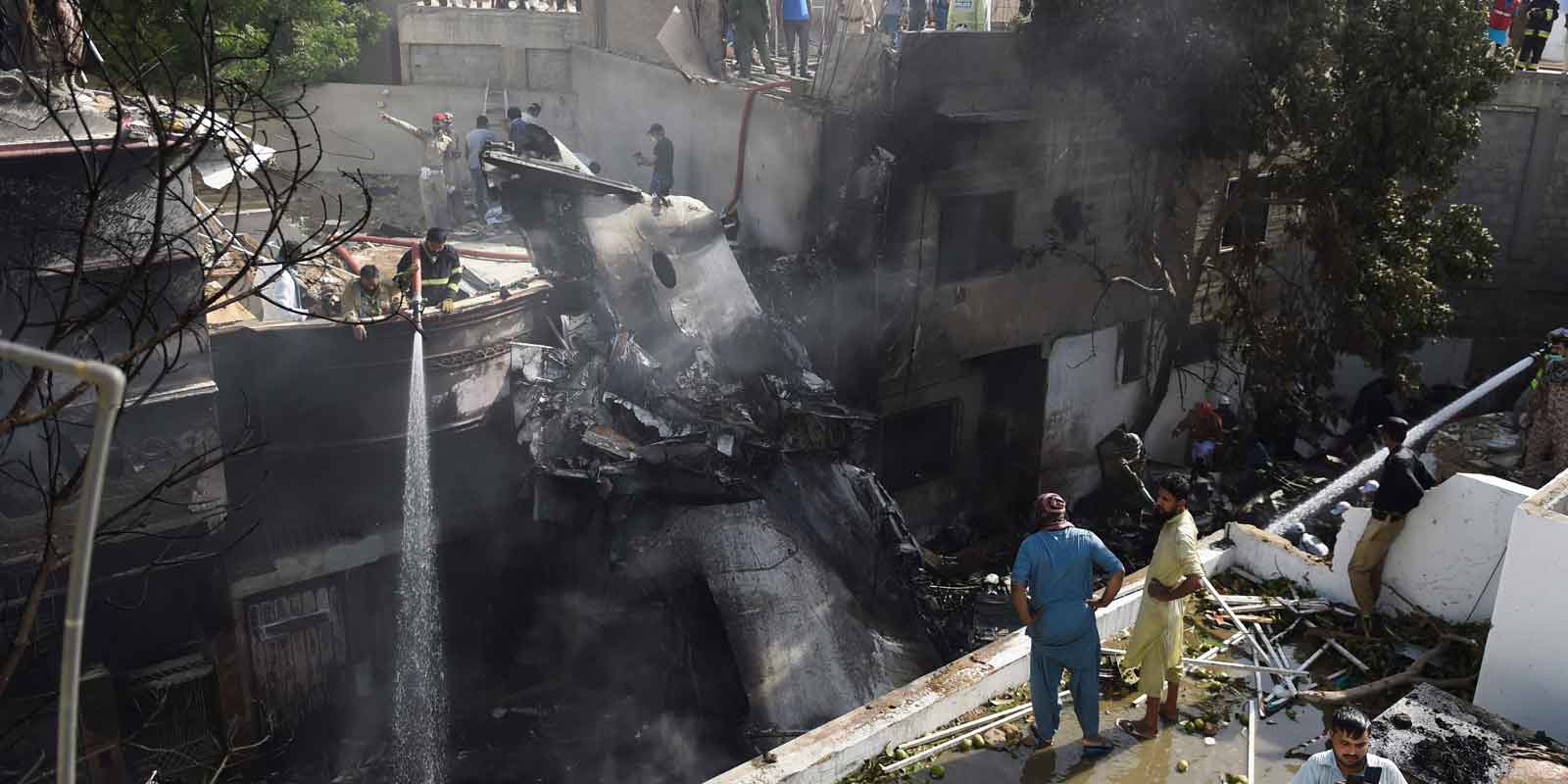 A Pakistan International Airlines flight PK-8303 with 99 people aboard crashed into the crowded residential area of Model Colony in Karachi's Korangi District on Friday.

At least 80 people were confirmed to have died, according to a spokesperson of the Sindh Health Department.

Two passengers survived, including Zafar Masud, president of the Bank of Punjab, a Sindh provincial government spokesman said. The bank said he had suffered fractures but was "conscious and responding well".

The other survivor, engineer Muhammad Zubair, told Geo News the pilot came down for one landing, briefly touched down, then took off again.

After around 10 more minutes of flying, the pilot announced to passengers he was going to go around for a second go, then crashed as he approached the runway, Zubair said from his bed in Civil Hospital Karachi.