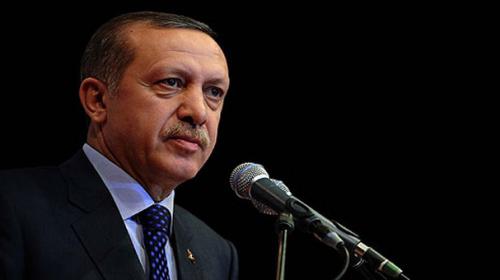 ANKARA: Turkish President Recep Tayyip Erdogan on Monday chaired a cabinet meeting for the first time as head of state, in a move aimed at cementing his role as Turkey´s undisputed number one.

Erdogan, who took over the presidency in August elections after more than a decade as premier, hosted the cabinet at his own hugely controversial presidential palace on the outskirts of Ankara.

The Turkish president has the right under the constitution to chair cabinet meetings, which are usually overseen by Prime Minister Ahmet Davutoglu.

The last president to do so was Suleyman Demirel, who served as head of state from 1993-2000. Erdogan is just the sixth Turkish president in the history of the modern republic founded in 1923 to chair a cabinet meeting.

Erdogan transformed Turkey in over a decade as prime minister from 2003 to 2014, winning plaudits for speeding up development and growth but also facing accusations of imposing a creeping Islamisation and authoritarianism on the country´s secular democracy.

The closed door-meeting, which was to include presentations by ministers on key issues, began just after midday and went on into the evening.

The first official images showed Erdogan sitting at the head of a vast oval table directly facing all the ministers.

A photo from the meeting depicting a seemingly annoyed Davutoglu -- looking sidelined with just a jug of orange juice for company -- was widely circulated on social media.

"The picture of Davutoglu brings to mind children whose toy was taken away by their father," wrote one Twitter user @Pasha_GS mockingly.