Kaneria looks up to PM Sharif to get life ban removed 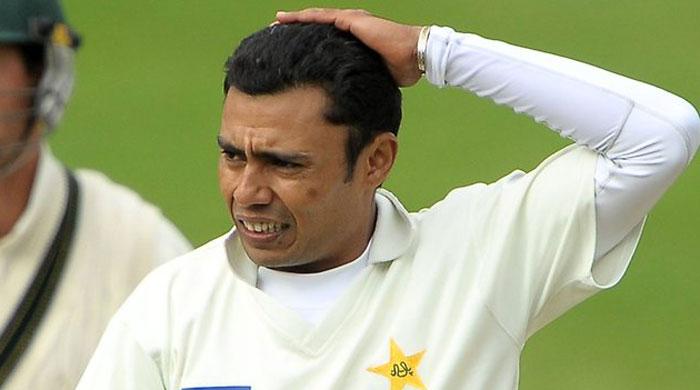 KARACHI: Pakistan’s ace leg-spinner Danish Kaneria on Monday requested Prime Minister Nawaz Sharif to intervene against what he terms an ‘illegal match-fixing ban’ imposed by the England and Wales Cricket Board (ECB) and the Pakistan Cricket Board (PCB).

In a letter addressed to Federal Minister for Human Rights Zahid Hamid Kaneria urged the board’s patron-in-chief to help in removing the "unjust life ban".

"The ECB has banned me from playing cricket in England based on the mere false statements of the convicted English Country cricketer, Mervyn Westfield,” the leggie said.

Kaneria, 35, who has represented Pakistan in 61 Tests and 18 one-day internationals, said he had been “robbed-off” of his only livelihood on mere “assumptions and alleged accusations”.

“All convicted cricketers (Salman Butt, Mohammad Asif and Mohammad Amir) are slowly and steadily allowed to play domestic and international cricket, even the ECB has allowed Mervyn Westfield to play professional cricket in (the) UK,” said the cricketer.

Kaneria said that he had never been arrested, convicted, or jailed by any government authority of the United Kingdom.

"I have played for Pakistan and English County Cricket with all honesty and integrity and I have never indulged in any spot-fixing or match-fixing throughout my career," he added.

Kaneria was accused of being involved in a spot-fixing scandal during England’s domestic Pro40 match in 2009. He was banned for prompting Essex teammate Westfield into fixing.

"As a citizen of Pakistan and belonging to a minority Hindu community, I am at least entitled to the basic human right of earning my livelihood…I urge the Prime Minister to ask the PCB to review my case,” he said.