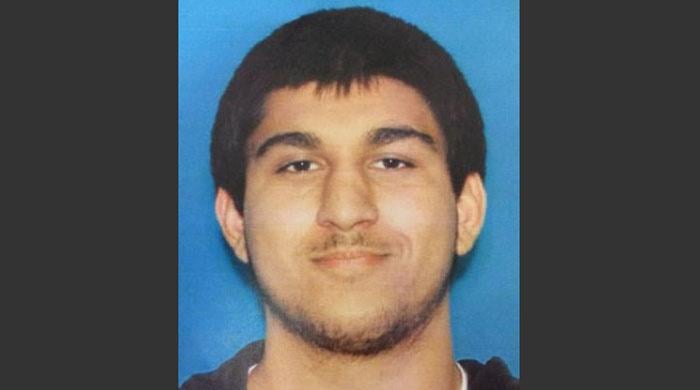 BURLINGTON: The gunman believed to have opened fire with a rifle at a Washington state mall, killing five people, was captured on Saturday one day after the attack, authorities said.

Authorities identified the shooter as Arcan Cetin, 20, a resident of Oak Harbor, Washington. Police said he was taken into custody without incident in Oak Harbor, some 30 miles (48 km) southwest of Burlington where the shooting occurred 24 hours earlier.

The gunman began shooting at the Cascade Mall around 7 p.m. local time on Friday in the cosmetics section of a Macy's department store, police said, killing four women as well as one man who died later at a hospital.

Police told reporters nothing is yet known about Cetin's possible motive but they were not ruling out anything, including terrorism. They described his demeanor when apprehended as "zombie like," and said he was unarmed.

They said he was born in Turkey, and described his status as that of a "legal, permanent resident" in the United States.

Surveillance video from the mall in Burlington, around 65 miles (105 km) north of Seattle, showed the gunman walked into the shopping center without a rifle, but later caught him brandishing the weapon, Mount Vernon Police Lieutenant Chris Cammock said

The rifle was later recovered at the mall, said Cammock, commander of the Skagit County Multi-Agency Response Team.

Authorities have not identified the victims, but local media said they ranged in age from mid-teens to mid-90s, and included a mother and her daughter.

Steve Sexton, the mayor of Burlington, described the shooting as a "senseless act."

"It was the world knocking on our doorstep and it came to our little community here," he said before acknowledging the response by law enforcement. "I know now our support goes with them to bring this son of a bitch to justice."

The mall attack followed a series of violent outbursts at shopping centers across the United States, including the stabbing of nine people at a Minnesota center last weekend.

"We have no indication that we have a terrorism act," said Michael Knutson, assistant special agent in charge of the Federal Bureau of Investigation's Seattle office. "I can't discount that, but I can't conclude it either."

Cetin's family, who immigrated from Turkey when Cetin was a child, was said to be cooperating with authorities.

Police told reporters the suspect had one prior arrest for "simple assault." He was due to appear in court on Monday.

The mall remained closed on Saturday as investigators sifted for evidence and attempted to recreate the crime scene.

The shooting comes less than a week after a man stabbed nine people at a mall in the central Minnesota city of St. Cloud before being shot dead by an off-duty police officer. The FBI is investigating that attack as a potential act of terrorism.

'Terror threat has moved from Afghanistan': US Secretary of State Antony Blinken