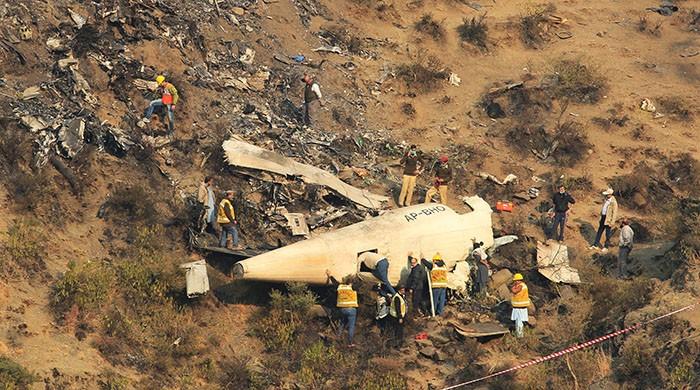 The team comprising French and Canadian nationals arrived in Islamabad on Monday.

During its visit to the crash site, the team collected samples for forensic testing. The team is working alongside officials from the Safety Investigation Board.

It is expected that the team will visit the site again on Wednesday, following which a decision will be made to remove the debris.

On December 7, ATR-42 aircraft of PIA crashed into the hills near Havelian area of district Abbottabad, claiming the life of 42 passengers and five crew members. Among those who lost their lives was Junaid Jamshed.