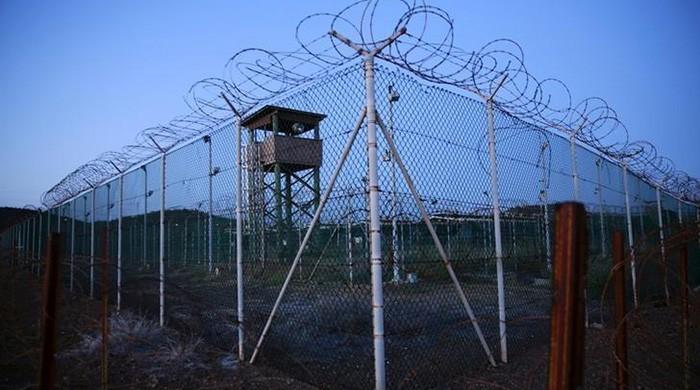 WASHINGTON: The United States sent four detainees from the Guantanamo Bay military prison to the United Arab Emirates and Saudi Arabia on Thursday, marking President Barack Obama's final prisoner transfers from a facility whose continued existence he said would be judged harshly by history.

With Republican Donald Trump to be sworn in as president on Friday and vowing to keep the prison open, Democrat Obama whittled down the inmate population there to only 41, far short of fulfilling his promise to close the jail dating back to his 2008 presidential campaign.

In a parting shot on an issue seen tarnishing his legacy, Obama said US lawmakers who have thwarted his efforts to shut the prison at the US naval base in Cuba "have abdicated their responsibility to the American people."

"History will cast a harsh judgment on this aspect of our fight against terrorism and those of us who fail to bring it to a responsible end," he said in a letter to the Republican-controlled Congress. "Once again, I encourage the Congress to close the facility."

Margaret Huang, executive director of Amnesty International USA, said: "We are extremely concerned that President-elect Trump will make good on his threat to subject more people to indefinite detention without charge or trial.”

The offshore prison was opened by Obama's predecessor George W. Bush to hold terrorism suspects rounded up overseas after the Sept. 11, 2001, attacks. Under Bush, it came to symbolise harsh detention practices that opened the United States to accusations of torture.

The latest transfers included three detainees sent to the UAE, including the last Russian held at the prison, and an Afghan and a Yemeni, US officials said. A Saudi prisoner was sent home. It marked the completion of Obama's final flurry of releases.

Trump said during the election campaign that he not only wants to keep the prison open but "load it up with some bad dudes."

Obama pressed ahead, however, moving out most of the prisoners on a list of low-level detainees deemed by parole-style inter-agency reviews to be safe for transfer. There were 242 prisoners when he took office.

His efforts were blocked by mostly Republican opposition in Congress, which barred him from moving prisoners to the US mainland. Pentagon foot-dragging has also been blamed.

Obama lamented that his opponents had "placed politics above the ongoing costs to taxpayers, our relationships with our allies and the threat posed to US national security."

Trump said this month that all those held at Guantanamo should stay. "These are extremely dangerous people and should not be allowed back onto the battlefield," he tweeted.

However, the Obama administration has insisted that intelligence shows only a very small percentage of the prisoners it has released have returned to militant activities.

Among the three sent to the UAE was Ravil Mingazov, reported to be an ethnic Tatar and Russian army veteran captured in Pakistan in 2002. Also sent to UAE were Haji Wali Muhammed and Yassim Qasim Mohammed Ismail Qasim, while Jabran al Qahtani was flown to Saudi Arabia, the Pentagon said.

Of the prisoners left at Guantanamo, 10 face charges in military commissions, including people accused of plotting the Sept. 11 attacks. About two dozen have not been charged but have been deemed too dangerous to release.

A handful of inmates previously cleared for transfer will remain after the administration was unable to make arrangements in time for relocation. Lawyers for two of those detainees, an Algerian and a Moroccan, mounted last-ditch court challenges seeking their repatriation but the Justice Department objected.