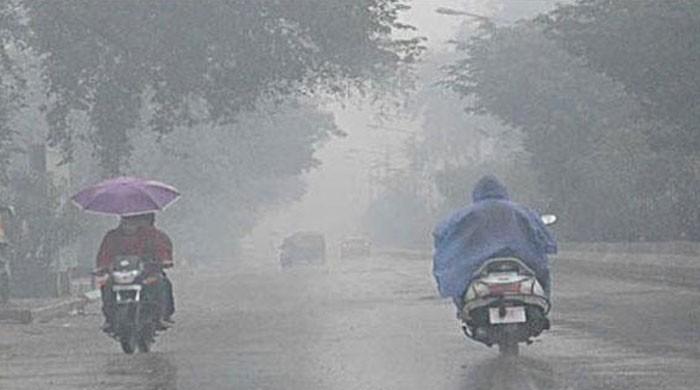 Weather turned pleasant because of light and heavy rains in several Punjab districts including Lahore, Vehari, Sahiwal and others. The temperature in Lahore dropped down by 14°C, according to the Met Office.

The downpours, however, claimed seven lives in Kamonki and Sheikhupura, according to rescue sources.

Four of a family died after roof of a dilapidated house collapsed in Kamonki, rescue members said. The deceased included two women and two minors.

In another incident, high-tension power transmission wire fell on an under-construction house in Sheikhupura's Rachna Town.

As a consequence, six labourers, who were working on the site, were electrocuted. They were shifted to a hospital, wherein three of them were pronounced dead upon arrival.

The deceased labourers were identified as Asif, Rizwan and Muzammil.

Agriculture experts maintain that fresh spell of rain and dust storm are not good for wheat crop, which is ready to be harvested.

On the other hand, heavy rains and thunderstorm is expected at some places in Quetta, Zhob, Naseerabad.

Weather will remain hot and dry in remaining parts of the country, it said.