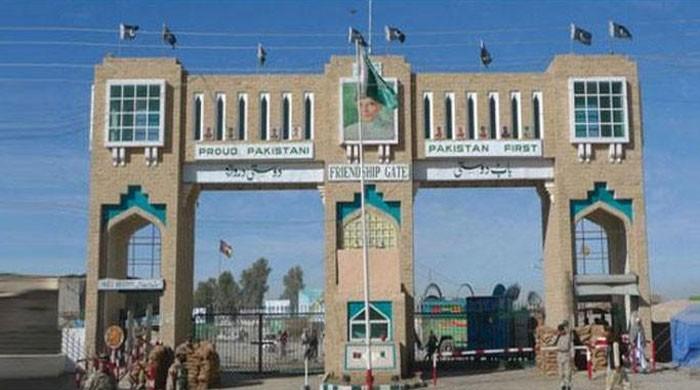 CHAMAN: The recent closure of the border in Chaman has resulted in the cessation of the repatriation of Afghan refugees.

Dunya Aslam Khan, a spokesperson of the UNHCR, said on Wednesday that the voluntary return of Afghan refugees was halted on May 5, after firing from Afghan forces on a Pakistan Census team near the border area left at least 11 civilians dead and scores injured.

The spokesperson further explained that since the return process was initiated on April 3, a total of 3,200 Afghan refugee families have returned to their native country. Of that number, a total of 762 families returned to Afghanistan through the UNHCR package, she added.

There are 1,347,367 registered Afghan refugees living in Pakistan, most of them in dismal conditions in refugee camps in Balochistan and Khyber-Pakhtunkhwa.

According to the Pakistan government, Afghan migrants who have Proof of Registration (POR) cards can stay in Pakistan until December 31, 2017, under a new notification.

Talking to Geo.tv in March this year, Commissioner for Afghan Refugees Ghazanfar Ali Agha said, "Afghan Refugees can apply for visas in four different sectors ranging from education to skilled labour to inter-marriages. Before December 31, 2017, people who will apply for a visa will have to surrender their POR cards".

Government sources say that more or less 15 million non-registered Afghan refugees are living in Pakistan. According to International Organisation for Migration,‏ more than four million refugees have returned to their homeland in 2016.

On the other hand, the joint survey of Killi Luqman and Killi Jahangir, villages along the Chaman border, has been completed. A report of the survey has also been sent to the higher authorities.

After the attack, there was an argument between the two sides over jurisdiction of the areas. Therefore, the Pakistan and Afghan authorities agreed to carry out a survey of the villages.

At one of the meetings, the security officials said the decision to open the border will be taken after the survey report is sent to Islamabad and Kabul.

The border gate, also known as Bab-e-Dosti, remained closed on the sixth day after the incident, while supply to NATO forces is also suspended.

Special children should be educated as per individual needs: Begum Samina Alvi