Classical political economic thinkers such as Ibn Khaldun, Adam Smith, David Ricardo and Karl Marx explained in detail that economics, society and politics are intertwined and cannot be separated from each other.

Ibn Khaldun in ‘Muqaddimah’ uses the word “asabiyah” as a precursor to a strong society implying ‘a social bond’, ‘a relational glue’, ‘solidarity’, ‘group belongingness’, and ‘social cohesion’ that can be used to gauge the strength, stability, and progress of social collectivities. The Chinese consider social solidarity and stability as a sine qua non for development. Similarly, one of the most influential economic thinkers of the 20th century, John Maynard Keynes, elaborated in detail that the role of politics — and in particular government — is central to economic growth and development.

The point that I want to emphasize here is that the economic problems of Pakistan are not simply a matter of ‘technocracy’. Economics and the political and social fabric are interlinked. Without a sound social and political platform, no economic success can be achieved. Therefore, Pakistan’s main economic problem is tied to the imbalanced politico-socio-economic platform.

Since 2010, GDP growth rate increased every year until the PTI government came into power. During the five years of the PML-N government, GDP increased from 3 percent to 5.8 percent. But due to the disastrous political economic policies of the current government, the growth rate has crashed to 2 percent.

Pakistan’s economy is going through stagflation — millions of people have lost their jobs and inflation rate has entered into double digits with disastrous consequences for the poor and middle class. The blame for this does not rest on economic technocrats, but is an outcome of poor decision-making and bad political and economic policy choices, responsibility for which rests with the chief executive of the country.

The chief executive has no appreciation of the complexities of political economy. In fact, Mr Imran Niazi never had an agenda of political economic development. He only had a one-point agenda — to become prime minister by any means, whether by targeting, vilifying or slandering his political opponents. He has been very successful in achieving his objectives and the economy of Pakistan as well as the working and middle classes are paying a hefty price for this.

Leadership is about bringing people together. Imran Khan has done the opposite; he has further polarized society and has been unable to rise beyond partisan politics. Instead, he has become more hostile and divisive since becoming PM. He has overtly threatened his opponents of imprisonment, in many ways assuming the role of jury as well.

Due to the erratic behaviour of the PM, the administrative apparatus of the state has become extremely dysfunctional. Governance is in a shambles and the government is unable to perform basic tasks such as controlling the dengue virus. The most recent episode of granting an extension to the COAS has convinced even die-heart supporters of the PTI that the government lacks an understanding of basic functioning.

PM Niazi used to say that if the leader on the top is ‘good’ then everybody else falls in line. By the same logic, if the administration, cabinet ministers, advisors, special assistants and chief ministers are not performing well, it implies that they have an incompetent leader.

Therefore, instead of blaming bureaucrats, it is time Mr PM took responsibility for the failures of his government. As a responsible opposition party, the PML-N does not only provide a critique of the government but also offers the way forward. Pakistan’s Vision 2025 provided a road map for the future of Pakistan. For the welfare of the people of Pakistan, it is imperative that we immediately save our institutions from further decay. It is also necessary to revitalize the economy and improve governance now; otherwise, the damage may become irreparable. To come out of the epic mess that has been created, Pakistan needs a new politico-socio-economic approach, which has the following broad contours.

First, building minimal political consensus on the rules of the game — free, fair and transparent elections, and smooth functioning of democratic institutions. This is mandatory to restore the confidence of the public in the system. Once this is done, it is important to bridge the gaps between the small and large provinces. The PML-N government built an alliance of diverse groups of society — ranging from religious-right wing parties to progressive leftists — on key issues of state affairs during its term. Mr PM, in contrast, cannot even build a consensus on the most pressing national issues.

Second, economic development requires a particular kind of social fabric where people tolerate differences and treat each other with respect to promote social solidarity and harmony. A pluralistic and progressive social fabric helps countries grow both politically and economically. The political leadership needs a culture of respect and ‘unity in diversity’ to promote social harmony. Unfortunately, PM Niazi is rudely dismissive of anyone who disagrees with him. He even makes fun of people’s health issues and accents. This behaviour has negative effects on large segments of the population.

There is a widespread consensus that the current situation — with the PTI — has failed. The longer we stick with it, the deeper the political, social and economic crisis will become. Our economy is now growing at the lowest rate in South Asia. With 120 million youth in country, we need to grow at least around 6 percent per year.

A reset is needed. I urge all important stakeholders of the country, including the media, to initiate dialogue and debate on the aforementioned points. We all make mistakes and that makes us human; the most important thing is that we must learn from our mistakes and opt for an early course correction.

The writer is an MNA and former minister for interior, planning, development and reforms. 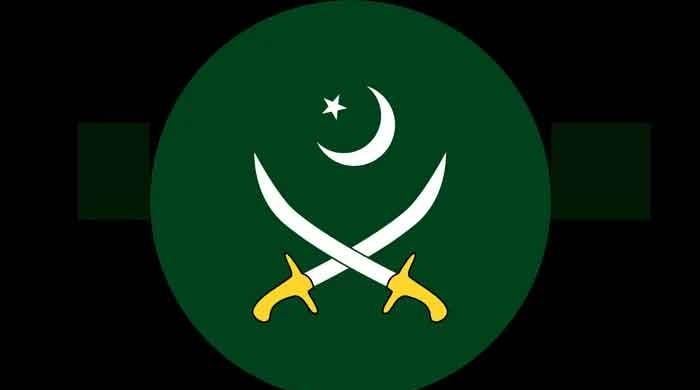 Is Pakistan prepared for a second wave of COVID-19?

August 5: A legal sleight of hand with a catastrophic fallout