US, UK warn on travel to North East India after clashes on anti-Muslim law

GUWAHATI: Washington and London on Saturday issued travel warnings for northeast India as opponents of a new citizenship law geared up for more protests, following days of clashes that saw two people killed and dozens injured.

The Citizenship Amendment Bill (CAB) — approved this week — allows for the fast-tracking of applications from religious minorities from Pakistan, Afghanistan and Bangladesh, but not Muslims.

The United States and Britain warned their nationals to "exercise caution" if travelling to the wider northeast region.

In a statement issued by the Foreign and Commonwealth Office, the United Kingdom has urged visitors to the northeast to avoid “all but essential” travel and “monitor local media” for the latest information about the circumstances around them.

The United States also asked citizens to to “exercise caution” in the context of protests and violence against the passing of the Citizenship Amendment Bill (CAB).

“The US government has temporarily suspended official travel to Assam,” Washington said.

Many in the far-flung, resource-rich region fear the new legislation will grant citizenship to large numbers of immigrants from neighbouring Bangladesh, who they accuse of stealing jobs and diluting the region's cultural identity.

No major incidents were reported overnight in Guwahati in Assam state, the epicentre of the protests, where two were shot dead and 26 hospitalised this week after security forces fired blank and live rounds, medical staff said.

Japan’s Prime Minister Shinzo Abe cancelled a trip to Assam for a summit with his Indian counterpart Narendra Modi that had been due to begin on Sunday.

The passage of the bill sparked angry scenes in both houses of parliament this week, with one lawmaker likening it to anti-Jewish legislation by the Nazis in 1930s Germany.

The chief ministers of several Indian states — West Bengal, Punjab, Kerala, Madhya Pradesh and Chhattisgarh — have said they will not implement the law.

A spokesperson for the high commissioner reminded India that the amended law undermines the commitment to equality before the law enshrined in its Constitution and her obligations under the International Covenant on Civil and Political Rights and the Convention for the Elimination of Racial Discrimination.

“Although India's broader naturalisation laws remain in place, these amendments will have a discriminatory effect on people's access to nationality,” said the official.

The spokesperson noted that protecting persecuted groups was a welcome move but clarified that this should be done through a “robust national asylum system that is premised on the principle of equality and non-discrimination”. 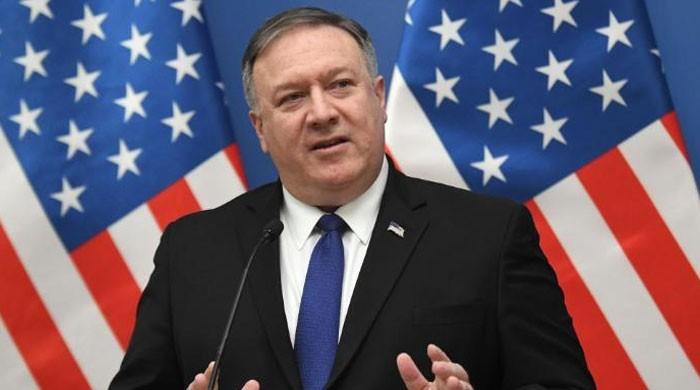 Pompeo loses his temper with journalist over Ukraine questions