LHC's decision on Musharraf to restore faith in system: Guernica 37

LONDON: A specialist barristers' chambers that acted for the former president Pervez Musharraf said Tuesday it welcomed the Lahore High Court's (LHC) January 13 decision "quashing the decision of the Special Court and declaring unconstitutional its formation".

In a press release, Guernica 37 noted that the LHC's decision "should restore some faith in the rule of law and the criminal judicial system" of Pakistan. Under Prime Minister Imran Khan, the system "has seen monumental changes and greater international cooperation and will continue to be reformed", it added.

The barristers' body underlined that "circumvention of the rule of law should never and will never be tolerated" and that no one should "be perceived as being beyond the reach of the law", terming a functional and independent judicial system as the cornerstone of democracy.

A special court formed to probe the Musharraf high treason case had on December 17, 2019, sentenced the former dictator to death for imposing a state of emergency on November 3, 2007 after finding him guilty of high treason in line with Article 6 of the Constitution of Pakistan.

However, the process was termed "unconstitutional" by the LHC on January 13, 2020, and ruled that the Constitution's amended Article 6 — under which Musharraf had been found guilty — could not be applied in the case 'ex post facto', or retrospectively. The modification had come via the 18th Amendment in 2010.

The LHC's decision came in response to a petition filed by Musharraf challenging the formation of the special court for the high treason case against him.

Guernica 37 further stressed that the decision to convict the former president was "fundamentally flawed in terms of its adherence to due process rights guaranteed under the Constitution and Pakistan’s international treaty obligations" and that "there had been a total abandonment of those principles enshrined in the Constitution" and Pakistan's criminal laws.

"As noted in an earlier statement, the ruling of the court was unprecedented, and further, in ordering the public desecration of a body, an action that is beyond the comprehension of most, both morally, and legally," it added.

"That is of some concern and is a matter that will need to be properly addressed in terms of the Justices conduct and appropriate disciplinary measures taken against those judicial officers of the court that have taken an oath to uphold the constitution and by their actions have failed to do so."

In a December 20, 2013, communication, the barristers' chambers had sought the UN human rights monitoring mechanism's urgent intervention and "outlined the grave concerns regarding the sanctity of the former President’s Musharraf right to a fair and impartial tribunal, and to a trial free of political machination", the statement added.

That communication had "detailed the serious irregularities of the process and called for a full review by the UN human rights experts" as well as the allegation that former prime minister Nawaz Sharif "misused his powers to bring a final and politically motivated treason charge by setting up a special court and handpicked three judges to try the former President Musharraf".

"That process has now quite properly been declared unconstitutional," it added. 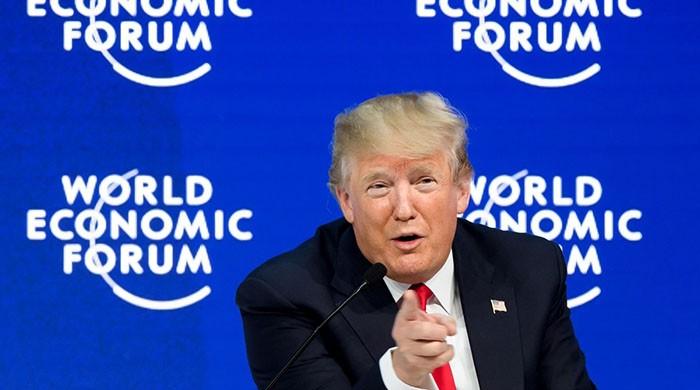 Who is the next Chief Election Commissioner, Sikandar Sultan Raja?

Nanbais of Peshawar go on strike against rising wheat prices