PDM's message to PM Imran Khan: 'In elders' fight, no room for children'

PML-N vice-president Maryam Nawaz on Sunday took a jibe at Prime Minister Imran Khan, saying in the "fight between elders, there is no room for children".

Maryam was responding to PM Imran Khan's speech, where he had said: "I will not talk about the two children who made speeches; I do not want to talk about them," he said, referring to Maryam Nawaz and Bilawal Bhutto.

Talking further about PM Imran Khan's Saturday speech, she said that the premier is "troubled" after one jalsa.

Maryam said that she knew that PM Imran Khan was under pressure, but he could have at least respected the prime minister's office. "If there is no one to teach you [how to react under pressure] then you could have learned from Nawaz Sharif."

Maryam reminded PM Imran Khan that despite his 126-day-long sit-in, Nawaz "hadn't mentioned him even once".

"In a fight among elders, there is no room for children," she said, adding that "no one had mentioned your name".

"The world knows that you have taken over [National Accountability Bureau], Federal Investigation Agency, Federal Board of Revenue, Securities and Exchange Commission of Pakistan," Maryam says to PM Imran Khan as she addressed the Karachi jalsa.

Responding to PM Imran Khan's allegations against her and Bilawal, she said: "The person who spent his life living off his rich friend's money should not make such comments."

Slamming the prime minister further, she said that the Panah Gah that had been established, catered to those people who had lost their homes after PM Imran Khan came into power.

The PML-N vice-president says that she did not like to respond to the premier's comments as "it is below my dignity".

However, Maryam said that she couldn't resist responding to the premier's statement where he had mockingly referred to her as a "nani (maternal grandmother)".

"Nani is the mother of the mother; you have disrespected this wonderful, beautiful relation," Maryam said.

Talking about her relationship with other party leaders, she said that despite the parties being PML-N's political opponents, Maulana Fazlur Rehman, Bilawal Bhutto Zardari, Asif Zardari, and Mahmood Achakzai had always treated her with the utmost respect.

"Today, we are fighting for the rights of the Pakistani people, and when we will compete with each other in the political battleground then we will become competitors, but we won't become each other's enemies," she said.

Addressing Bilawal, she said that his mother (Benazir) and her father were like brothers and sisters. "Bilawal and I are continuing to honour that relationship."

"Let us make a promise Bilawal, that we will fight in the political battleground, and not against each other," she said.

'People paying the price of you occupying the PM's seat'

"You were a servant before, and after occupying the prime minister's seat, you have become a paid servant whose price the people of Pakistan have to pay," Maryam goes on to say to PM Imran Khan.

The self-dubbed "foot soldier" of PML-N supremo Nawaz Sharif said that PM Imran Khan "is not worried in the least about the people, rather he always addresses the Opposition, Nawaz, Maryam, Bilawal, or the ones who brought him into power".

Maryam Nawaz says that she has come to Karachi after several years and it has reminded her of Benazir Bhutto, whom she had met only once.

"She had met us when we were living in exile. Like a mother she spent three hours with me," she said.

"I cannot forget that meeting," Maryam said, adding that the way she was welcomed in Karachi, she would not be able to repay them.

"I did not feel any difference between the streets of Lahore and Karachi," she said.

"[Peshawar] BRT is your accomplishment, which was made with Rs120 billion, while four BRT's were made in the country with Rs80 billion," she said.

Maryam said that the Opposition leaders were termed as "traitors" when they raised questions on the governments' policies. "Don't narrate the story of traitors to us, if the decision in foreign funding cases is made, then [your] treason will come to light."

Maryam, slamming the premier, said: "You pray for Modi's success and look for a government lawyer for Kulbhushan, and blame the Opposition for speaking Modi's language?"

Praising her father, Nawaz Sharif, she said that he "fought" the case of Kashmiri freedom fighter Burhan Wani.

Referring to statements about imposing a ban on PML-N, she said that if the party was banned, then the government would have to put curbs on the people as well.

"PML-N is not just a party, it is the spokesperson and the identity of millions of people," Maryam said.

Responding to the prime minister's comment that a government cannot be ousted through meetings and movements, she said that it will "happen" as well.

The PML-N vice-president "promised" that the PDM's movement would continue till the people were relieved of the "darkness of incompetence", Maryam added.

Meanwhile, addressing the Karachi jalsa, PPP chairman Bilawal said: "We want [Pakistan to have] true democracy. Give us true democracy. The democracy that comes with the will of the people."

"Remember this: The people will no longer remain silent. The walls of their homes will shake with the chants of the people."

PDM is a fight for workers, farmers, lady health workers, government employees and every section of the country, said Bilawal.

"The prime minister has to go; this movement is against hunger, injustice and oppression."

'Punjab a joke, Sindh being robbed of its rights'

PPP chairman said that Punjab has been turned into a "joke" and "attempts are being made to rob Sindh of its rights".

He said Sindh was not given Rs 300 billion for NFC award.

"A conspiracy to separate Karachi is brewing," Bilawal added.

The PPP chairman said the Rs1,000bn package for Karachi is a "scam" and demanded that the ordinance for the development of islands be rejected in the Senate.

Bilawal says this is 'not a fight for power', it is one for democracy

PPP chairman said this is not a fight to gain power. "Whenever there is an attack on democracy, people are crushed under the weight of such injustice."

"The freedom to speak, to breathe, to live a life of dignity and freedom from poverty — democracy is the answer to all of this," Bilawal stressed.

'Country at an important, turning point in history'

PPP chairman said that Pakistan has reached at important cross roads and the people will decide the fate of the country.

We have to fight for the supremacy of the Constitution and for democracy and this fight has to be fought by the people, he said.

Bilawal said that one by one, all those institutions that can safeguard our rights "are being hollowed out".

"All those voices are being stifled that are being raised against dictatorship. The judiciary is under pressure, the media is being silenced and we are not allowed to speak in the parliament."

"But oppression is oppression. It will be wiped out one day."

Bilawal pays tribute to his late mother Benazir Bhutto and all those who laid down their lives in the Karsaz attack 13 years ago.

He said that this pain and sorrow is one that will remain a life time. But this pain must be turned to strength just like the path PPP took after the "political murder" of Zulfiqar Bhutto

Bilawal said that soon after the Karsaz carnage, Benazir Bhutto visited the hospital and stood firm and resolute and comforted those injured.

"Benazir never feared anything, never left the side of the people [...] PPP has shed its blood in the defence of the nation. We are indebted to those who laid down their lives that night."

In the end, Maulana Fazlur Rehman, in a wide encapsulating speech, speaks of the PDM's aims, which are to restore a "free, democractic atmosphere" and to ensure the survival of the state.

"No amendment will be accepted which would reduce the rights of the people," said Fazlur Rehman

"If the people of Sindh do not want, no one can dare to divide Sindh."

He said it is "not conscionable to recognise this government". 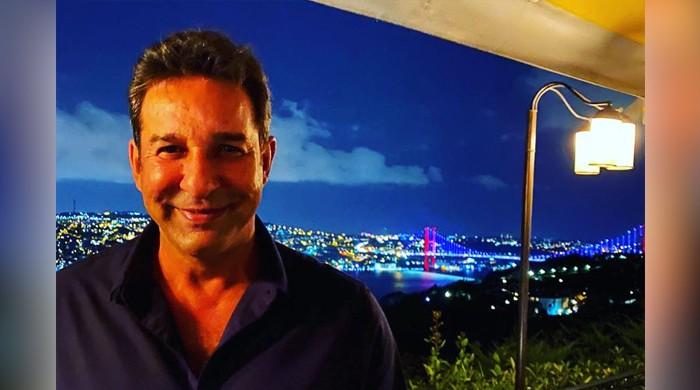 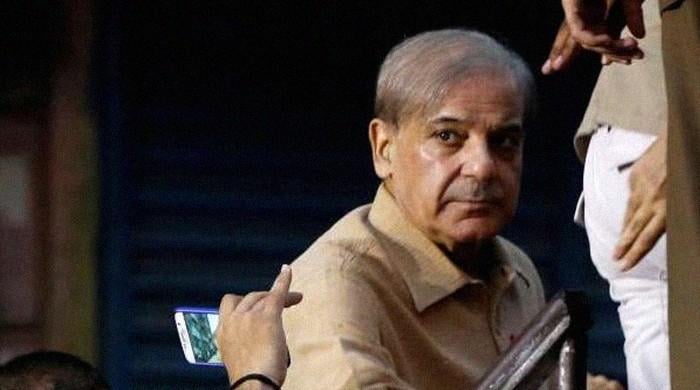 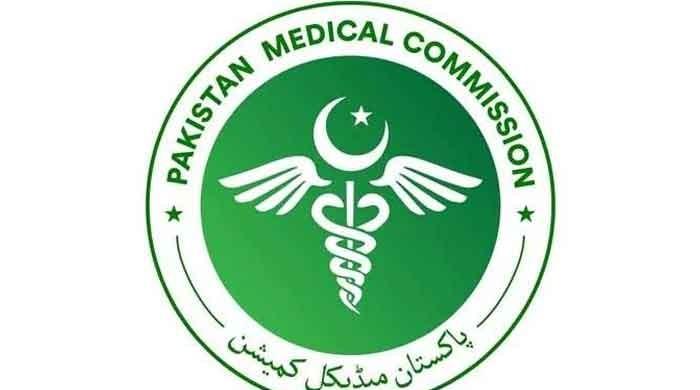 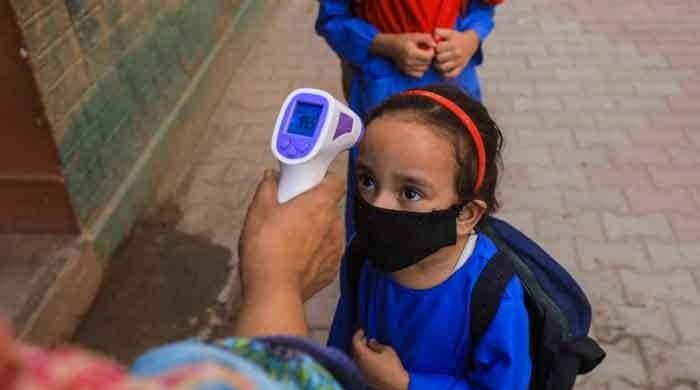 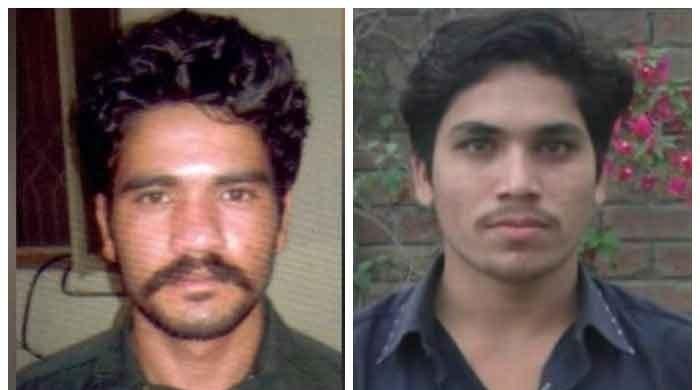 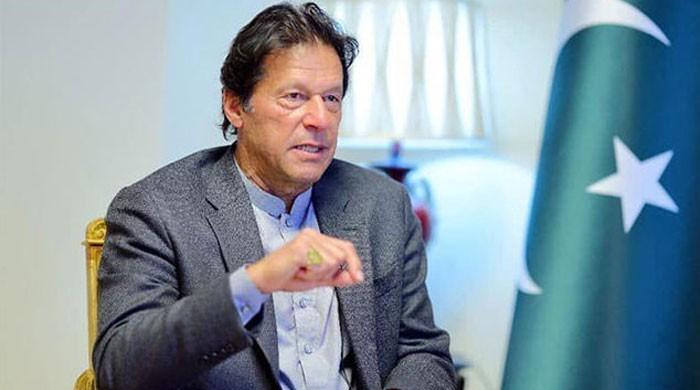