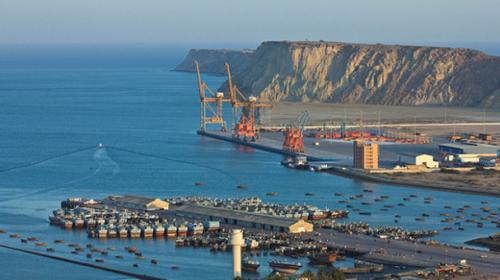 ISLAMABAD: Some 1,036 million dollars would be invested in Gwadar till 2018 on different projects related to improving basic road infrastructure and power projects on the basis of grant and interest-free loans.

The minister said the bidding process for the China-Pakistan Economic Corridor (CPEC) projects is under process as the National Highway Authority (NHA) is evaluating the bids submitted by the Chinese companies for various projects.

“The Pakistani government would not pay any loan because the Chinese companies would get loans from the Chinese banks and pay them back according to terms and conditions to be given in their mutual agreements,” he said.

The minister said the missing links of the Western route of CPEC project would connect backward areas of Balochistan with rest of the country and improve socio-economic conditions of the local people. He said China would also relocate some of its industries from China to Pakistan that would create thousands of jobs and contribute in GDP of the country.

He said two international standard roads are being constructed from Gwadar to Quetta and from Gwadar to Khuzdar to Ratodero that would facilitate the flow of heavy traffic in the region.

Ahsan Iqbal pointed out that it is need of the hour that Pakistan completes the projects on its side to take advantage of the economic collaboration and match the pace with China that is completing its projects on fast-track basis.