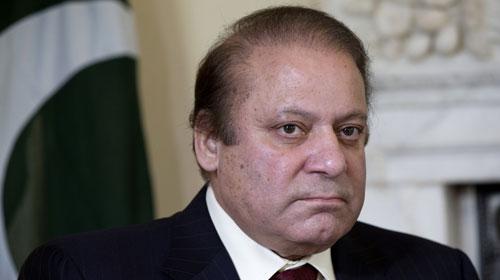 ISLAMABAD: Pakistan said on Wednesday it had arrested several members of the Jaish-e-Mohammad militant group, which is suspected of being behind a terrorist attack earlier this month on an Indian air base.

The prime minister's office said in a statement that the government had made "considerable progress" in investigating the attack, and it wanted to send a team of special investigators to the Pathankot air base in India.

"Based on the initial investigations in Pakistan, and the information provided, several individuals belonging to Jaish-e-Mohammad, have been apprehended," the office of Prime Minister Nawaz Sharif said.

"The offices of the organization are also being traced and sealed. Further investigations are underway," it said.

News of the arrests comes 48 hours before a rare meeting between the foreign secretaries of the two countries is tentatively scheduled to take place.

India's Ministry of External Affairs was not immediately available for comment but said earlier it would decide late on
Wednesday whether Foreign Secretary Subrahmanyam Jaishankar would travel to Islamabad on Friday.

The statement was released after Prime Minister Nawaz Sharif chaired a high-level civil-military meeting in Islamabad to discuss the regional security situation and the investigation into the Pathankot airbase terrorist attack.

India had claimed that Jaish-e-Mohammad terrorists based in Pakistan were responsible for the attack on January 2 which left seven Indian security personnel dead. All six terrorists were killed in the counter-offensive.

In a telephone conversation with his Indian counterpart following the attack, Prime Minister Sharif had assured Narendra Modi that Islamabad would not hesitate to take “prompt and decisive action” if the involvement of Pakistan-based elements in the attack on the Indian airbase was proved beyond doubt.

The developments today come amid renewed efforts by Islamabad to ease diplomatic tensions with India.