Geo can be taken off air at any time, govt informs TV representative 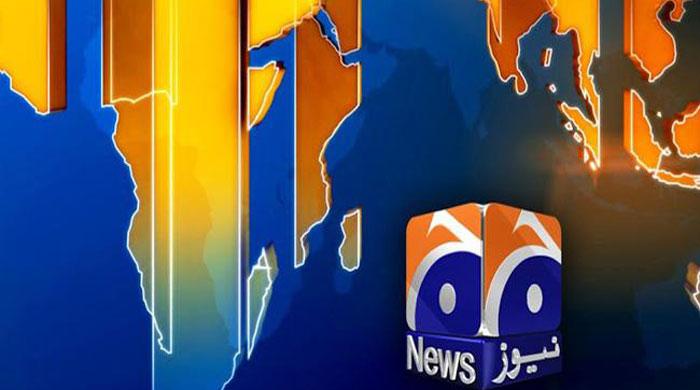 ISLAMABAD: Pakistani officials have conveyed to a Geo representative that they are going to take Geo TV transmissions off air at any time all over the country.

Such an eventuality will cease Paksat’s newly commissioned satellite service to Geo TV Network in Pakistan and across the globe leading to serious repercussions for the network.

Paksat and GEO TV have finalised the contract for satellite service after lengthy negotiations and Paksat issued the frequencies for a satellite transponder to Geo TV Network on March 25.

With the help of the Paksat Technical Network Center, Geo TV shifted all its channels to Paksat early on March 31 morning. Geo TV Network issued advertisements in newspapers in the last few days for the information of cable operators so that they tune the Paksat satellite to receive Geo TV channels. Since the last four days, Geo TV ran tickers on all its channels about the new frequencies and satellite parameters which Paksat issued to it on March 25 for the benefit of cable operators.

It is worth mentioning that Paksat is a subsidiary organisation of the Pakistan Space and Upper Atmosphere Research Commission (SUPARCO) and is working under its management. The Paksat management has concluded all commercial issues with Geo TV after lengthy negotiations.

Geo TV’s satellite contract with its existing satellite provider ended this month and Paksat and Geo TV finalised the switchover to Paksat after extended interaction. Paksat 1-R is a Pakistan only commercial Satellite and the Geo TV management had preferred to shift to a national satellite after quitting a foreign satellite as is vital for its growth and expansion.

It must be remembered that for the last two years, Geo TV has been a victim of discrimination, and this attitude is still going on. As a result of this prejudice, the distribution system on the cable network has not been made fully operational by the government.

A case in this regard is going on in a court of law. Geo TV has incurred a loss of billions of rupees. As a result of this loss, the Geo TV management has come under immense monetary pressure and salaries to employees have been getting delayed for the last two years.

Putting Geo TV off air will affect the freedom of the media and will be tantamount to a ban on the freedom of expression. It is an attempt to gag the media so that policies to control the media can be manipulated.