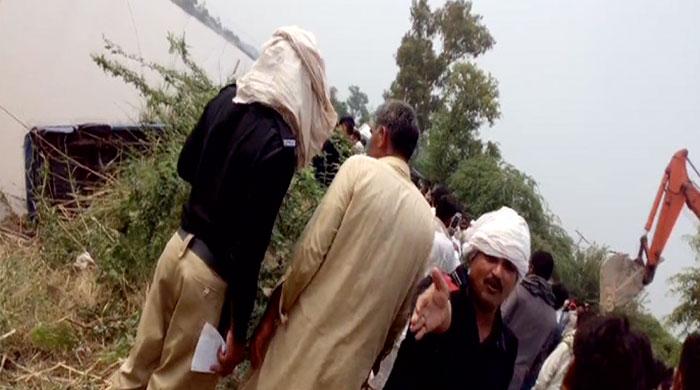 LAHORE: At least 17 people were killed Friday in separate traffic accidents in different areas of Punjab, the largest province of Pakistan.

As per details, a van was traveling from Khanewal to Lahore when it collided with a truck near Sheikhupura, killing eight passengers on the spot.

Out of the eight, seven passengers belonged to the same family while the identity of the eighth victim could not be confirmed.

In the second crash, a family was on its way from Lahore to Multan when the driver lost control of the vehicle which collided with an oncoming trawler near Sahiwal, killing five people on the spot and injuring three.

In another traffic accident, at least four passengers including two children were killed when an over-speeding van fell in a canal near Qadirabad Barrage.

Six people were also injured including two women during the unfortunate incident.

However, rescue workers’ swift action saved the lives of all six.

Pakistan has an appalling record for fatal traffic accidents due to poor roads, badly maintained vehicles and reckless driving.