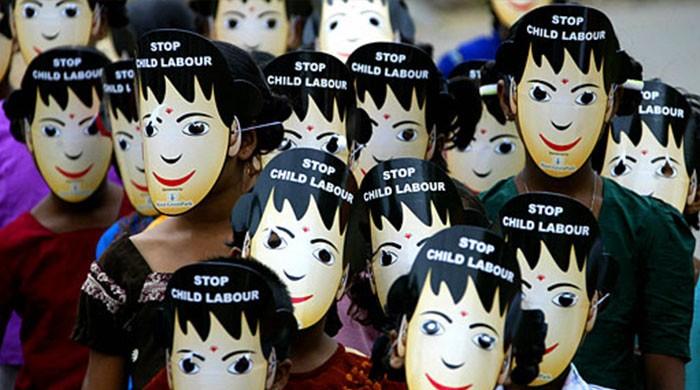 CHENNAI: Various forms of slavery, including child labour, are present in more than 90 percent of south India's spinning mills which produce yarn for Western brands, researchers said, calling for mapping of supply chains and tougher audits.

The India Committee of the Netherlands (ICN), a human rights organisation, spoke to workers from almost half the mills in Tamil Nadu, the largest producer of cotton yarn in the country.

Most female workers employed in the 734 mills involved in the research were aged between 14 and 18, it said, and up to 20 percent of the workers were younger than 14.

It said employees were forced to work long hours by employers who often withheld their pay or locked them up in company-controlled hostels. Many also faced sexual harassment.

"We have raised the issue for five years now, but even to us the scale of this problem came as a shock," ICN Director Gerard Oonk said in a statement.

K. Venkatachalam, chief advisor of the Tamil Nadu Spinning Mills Association, said he was not aware of the research.

He said the state government had recently filed a report to the Madras High Court "clearly stating that these issues are no longer prevalent in the industry".

"The matter has been closed," Venkatachalam told the Thomson Reuters Foundation.

India is one of the world's largest textile and garment manufacturers. The southern state of Tamil Nadu is home to some 1,600 mills, employing between 200,000 and 400,000 workers.

Traditionally the dyeing units, spinning mills and apparel factories have drawn on cheap labour from villages across Tamil Nadu to turn cotton into yarn, fabric and clothes, most of it for Western high street shops.

Most workers are young women from poor, illiterate and low-caste or "Dalit" communities, who often face intimidation, sexually offensive remarks and harassment.

ICN said in more than half of the mills it researched, workers were not allowed to leave company-controlled hostels after working hours.

Only 39 mills paid the minimum wage and in half the mills, a standard working week involved 60 hours or more of work.

Another teenage girl, Kalaichelvi, who earned around 8,000 rupees ($118) a month, told researchers she was forced to work for 12 hours straight with no breaks for lunch or to use the bathroom.

She said she suffered from burning eyes, rashes, fever, aching legs and stomach problems due to the working conditions.

About a third of the yarn produced by workers like Kalaichelvi is used in export factories in Tamil Nadu that produce garments for many global brands.

Citing poor enforcement of labor laws and "superficial audits" by buying brands, the ICN called on the industry and government to map supply chains and publish sourcing details.

It also called for factories that upheld standards to be rewarded.

Five-year-old allegedly raped by teenager in India's UP