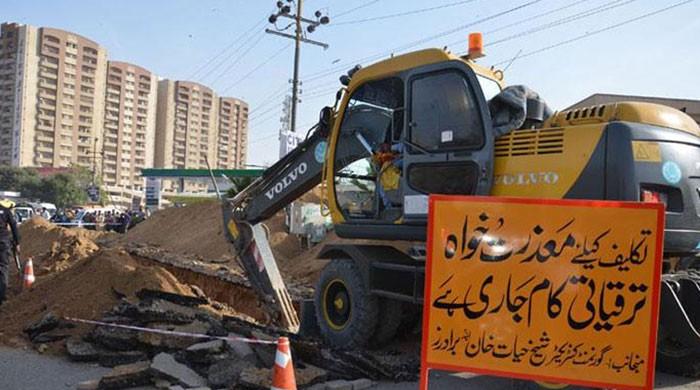 ISLAMABAD: The Orange Line metro project has been included in the China Pakistan Economic Corridor (CPEC), it was decided in the Economic Coordination Committee (ECC) meeting, held on Friday.

“All train projects in other provinces will also become part of the CPEC,” the statement added.

Material imported for the train project will be will exempted from tax, the statement said.

The Orange Line project is an ambitious project of the Punjab government which promises to lay a 27.1 kilometre Rapid transit line which is expected to benefit 250,000 people every day.

Activists argue that the Orange Line metro track is damaging heritage buildings and sites of the city.

The Punjab government has filed an appeal in Supreme Court.