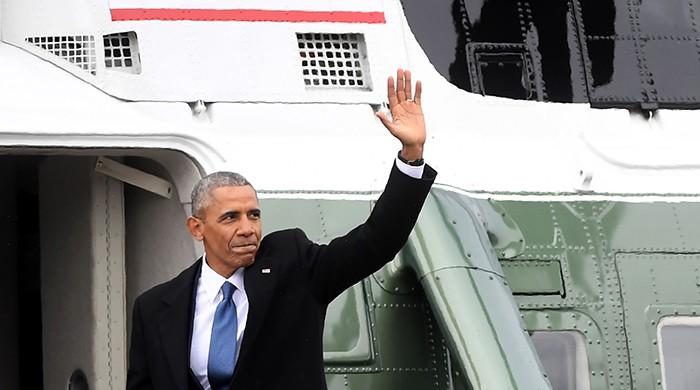 Former president Barack Obama departed from Washington Friday for a short vacation in California with his wife Michelle after handing over power to his Republican successor Donald Trump.

"Our democracy is not the buildings. It´s not the monuments. It´s you," Obama told well-wishers shortly before departing from Andrews Air Force Base in suburban Maryland just outside the capital.

The former president is heading to Palm Springs, California to wind down after completing eight years in office.