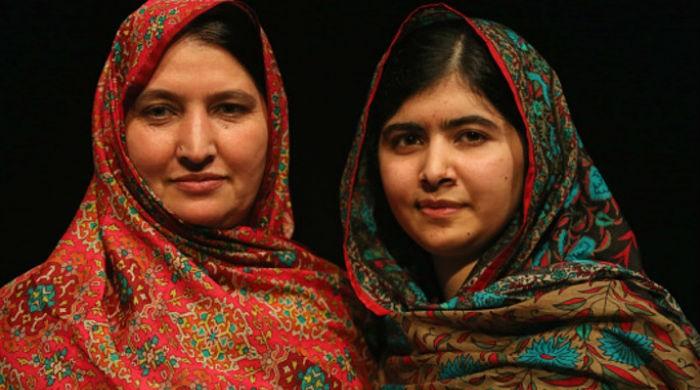 The mother of Nobel laureate Malala Yousafzai said she hopes to devote more time to helping others get an education in her first major interview since her daughter was shot by the Taliban for defying its ban on girls´ schooling in Pakistan.

Toor Pekai Yousafzai has largely stayed out of the spotlight since the 2012 attack on a school bus, which resulted in Malala being airlifted to Britain for treatment.

Her husband Ziauddin is seen more often accompanying the teenage activist, who became the world´s youngest Nobel Peace Prize winner in 2014 aged 17, on trips to promote girls´ education around the world.

"When Malala was being treated in hospital we were very busy looking after her," Toor Pekai told the BBC´s "Woman´s Hour" daily radio programme.

Then she wrote a book and we were busy with that too, so that´s why I wasn´t in the public eye. “Now I am trying to help other people get an education, so from now on I want to be more involved in these kinds of things.”

Malala´s mother also described the shock of being forced to flee her home in Pakistan´s Swat Valley. She remarked that it was quiet hard for her to leave everyone and everything behind in Pakistan. But, she had to go ahead with it for the betterment of her daughter.

"When other people leave their country they accept everything that comes their way and they´re ready for it, but we couldn´t prepare," Toor Pekai said.

"We had to suddenly leave Pakistan. The attack changed everything. We had to focus on Malala´s life." Now, living in England´s second city Birmingham, Toor Pekai did not receive an education in Pakistan herself, is learning English while caring for Malala, who is now 19, and her two brothers.

Despite winning a host of accolades, including being named a UN Messenger of Peace last week, at home Malala is like any other teenager, Toor Pekai said.

"I sometimes get upset with her when she throws everything around in her room and I tell her to keep her room clean and tidy," she said.

Nevertheless, Toor Pekai said she and Malala cried when the teenager received an offer to study philosophy, politics and economics at a British university next year.

"I´ll miss her a lot and home will be empty without her. It´s difficult but I have to accept it," Toor Pekai said.