Paan and Malala Haters: Will Pakistan ever rid these stains?

I’ve heard them all — the excuses. From the simple to the elaborate, from the uneducated driver’s rant to the Ivy Leaguer’s intellectual diarrhoea. “I don’t dislike her, but she ain’t no Edhi.” “What about the thousands of other Malalas ignored?” I’ve heard the middle-aged men’s anger at the audacity of this little girl and her corrupted Western mind. Then, there are those who are appalled at the embarrassment this girl has brought to the nation.

And you know what? All these excuses are nauseating. To speak up in her defence would be like arguing with a group of ‘flat Earthers’. The truth is irrelevant. Facts do not play any significant role. They are as important in the case of Malala as the traffic lights are in Karachi. No one cares about them.

There is comfort in hatred and jealousy.

But the truth is, of course, out there for anyone even remotely interested in finding out. Who is Malala? What was her past and how did it lead to her present? I won’t waste time and space on reiterating it. Suffice to say, however, that it is entirely possible to, just for five minutes, force the brain not to assume that everything, of any value, that happens in Pakistan has to have some foreign government’s secret service involvement. Go on. Try it. Humour yourself.

Why do we do this? Why is this a favourite national pastime? Why is it that our heart only melts when we see a young girl down as a victim? But that sympathy suddenly turns to venom of unhindered hate when she stands back up and consequently receives the accolades for defeating the hand dealt to her. What is the psychology behind it? I don’t know. But I’m pretty certain I have a very good idea. Disbelief. That’s right folks. Disbelief. It doesn’t start off as disbelief however. It actually starts off with one’s heart in the right place, as envy. “I wish I could do something as meaningful and important with my life.” Nothing wrong with that. We all feel like that at times. However, when the Malalas of the world continue to climb unimaginable heights, envy quickly turns to jealousy. “Why is she getting so much attention?” or “Why are people constantly praising her?” And finally, disbelief settles in. “What is the real story here?”

Sometimes, just sometimes, it is okay to let your guard down. It is okay to smell the roses, to breath in the fresh air, and to enjoy the wonders of life. When someone does good, try to embrace it. When someone receives recognition for doing good, it doesn’t take away from what others do. For every one Nobel prize winner, there must be thousands of deserving people who will never receive the honour. Abdul Sattar Edhi doesn’t need to be similarly rewarded for you to justify your appreciation for Malala. There wasn’t a global conspiracy to keep Edhi in the back just as there is no global conspiracy to reward Malala for continuing to raise her voice.

Our homes in Pakistan are separated from each other by high walls. Our gates are always locked. Our guard is always up when we are on the go, actively trying to sniff out the people that wish to harm us. Our distrust in each other forces some of us to look for malicious intent where there may be none. 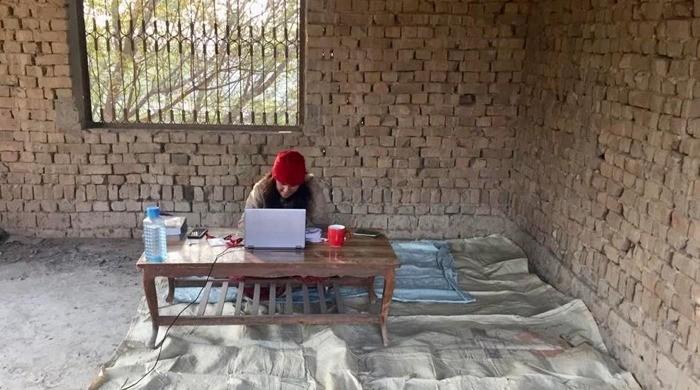