LARKANA/HYDERABAD: The death of Nimrita Kumari, a medical student who was found dead in her Larkana university's hostel room, occurred due to suffocation, a report pertaining to the case revealed.

The histopathological examination report, compiled by the Liaquat University of Medical and Health Sciences in Jamshoro on September 26, was handed over to Larkana police on Wednesday. It indicated that Kumari died due to asphyxiation — or lack of oxygen.

The report claimed that the medical student did not die by unnatural causes or being poisoned since that would have showed changes in her body parts. However, there were no unusual symptoms in her heart, kidneys, lungs or liver, it added.

Police, on the other hand, said the report did not mention the cause of Kumari's death and maintained that the evidence indicated she committed suicide. There was no proof that she was murdered, they added.

On September 16, the Shaheed Mohtarma Benazir Bhutto Medical University's (SMBBMU) Bibi Aseefa Dental College — where Nimrita Kumari studied — had said she was found dead and that she had allegedly committed suicide by hanging herself from the ceiling fan in her room in the university's hostel number 3.

A day after Kumari was found dead, her brother, Dr Vishal, had alleged that his sister was murdered and noted that she had no troubles at home nor was she facing any financial problems.

Dr Vishal had also demanded that the post-mortem be carried out by a private hospital. He had said his sister, Kumari, was distributing sweetmeat in college at 12:30PM and inquired what could possibly have happened in the next 90 minutes that she committed suicide.

Almost a week later, police claimed that Mehran Abro — one of the accused arrested in connection with the case — had conceded that the two were romantically involved.

Abro had said Kumari discussed the possibility of marriage with him, they added, noting that he had also revealed that he rejected a marriage proposal from Kumari.

Reports had indicated that the friendship between Abro and Kumari started at least four years ago and the former initially wanted to marry her. Another accused, Waseem Memon, was also interested in marrying Kumari.

Meanwhile, a teacher at Kumari's university, Amar Lal, had told police that Nimrita was worried over some personal issues but never discussed the cause of her depression.

Police had also claimed to have recovered sleeping pills from Kumari's bedroom and that the deceased used them during her anxiety. Officials had said they were still working to identify the exact cause of the alleged suicide or murder. 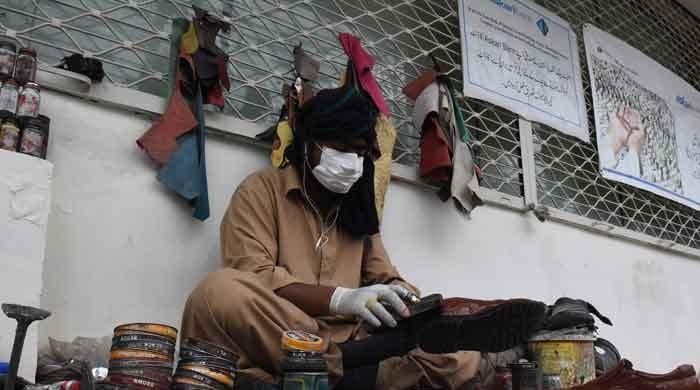