KARACHI: Pakistan was on Tuesday ranked the second most polluted country in the world in terms of the population density of areas with high concentrations of dangerous airborne pollutants, according to a report on world air quality released by Swiss firm IQ Air.

The report, backed by United States-based non-profit Greenpeace, also contended that at least 90 per cent of the 200 cities grappling with high levels of air pollutants in 2019 were located in South Asia, with China and India topping the list, followed by Bangladesh and Pakistan.

An overwhelming majority of cities with particularly high percentages of airborne pollutants in Pakistan were located in Punjab, the report claimed. Gujranwala, Faisalabad, Raiwind, Lahore, Muridke, and Sialkot featured on the 2019 World Air Quality Index that was part of the report.

How was the index calculated?

According to the Swiss firm, the 2019 World Air Quality Index was calculated using data gathered from real-time monitoring of air-quality by thousands of initiatives run by governments, communities, non-profits, and citizens in hundreds of cities around the world.

The index aggregated, validated and visualized real-time air-quality data of cities and assigned an average air quality score for every month to each city on the index. Based on these averages, an average score of each city for the year 2019 was calculated as well.

The score, based on the air concentrations of fine particulate matter measuring 2.5 microns (PM 2.5) or less in diameter, was also categorized keeping in view the World Health Organization standards on air quality. So the scores of each city were ranked on a non-number scale too.

This non-number scale ranked cities falling within WHO standards in terms of air quality to those having hazardous amounts of air pollutants. A PM 2.5 score of 0-12 was categorized as good, while a score of 250+ was listed as hazardous. A score of 55-100 was listed as unhealthy.

What are fine particulate matters?

Particulate matter of 2.5 microns or less in diameter - roughly 1/30 the width of a human hair - is the most dangerous type of airborne pollution. Microscopic flecks are small enough to enter the bloodstream via the respiratory system, leading to asthma, lung cancer and heart disease.

Most of the seven million premature deaths attributed by the World Health Organization (WHO) to air pollution are caused by PM 2.5 particles, which originate in sandstorms, agriculture, industry, wildfires and especially the burning of fossil fuels.

"Air pollution is the world's leading environmental health threat," said IQ Air CEO Frank Hammes. "Ninety percent of the global population is breathing unsafe air," he noted in a press release, as the report on the air quality was released by his firm.

Also read: Imran Khan, India and courts: The news makers in Pakistan in 2019

How does Pakistan measure air quality?

They are operated mostly by the Space and Upper Atmosphere Research Commission (SUPARCO), the national space agency. These include state-of-the art ambient air monitoring equipment for measuring concentrations of air particulates in big cities and small towns.

According to SUPARCO, Pakistan is confronted with a number of severe environmental problems such as degradation of natural resources, industrial and vehicular pollution, among other issues, the annual cost of which is about 4.3 % of GDP (US $ 4.3 billion).

Also read: The Oscar winner from India who was born in Pakistan

How polluted is South Asia compared to the rest of the world?

One in every four people across the world call South Asia home. The region presently has a population of close to two billion, figures by the World Bank reveal. As the region tackles joblessness and poverty with rapid urbanization, environmental issues have taken a back seat.

The trend is backed by figures from the report released by IQ Air and Greenpeace on Tuesday. 90 of the 200 most polluted cities in the world are located in South Asia, with most of them in industrial hubs of China and India, the report revealed. Pakistan and Bangladesh are on the list too.

Among the world´s mega-cities of 10 million or more people, the most PM 2.5-toxic in 2019 was the Indian capital New Delhi, followed by Lahore, Dhaka in Bangladesh, Kolkata in India, Linyi and Tianjin in China, and Jakarta in Indonesia. Next on the list were Wuhan and Beijing.

Also read: A literary man in a political situation

Where do Pakistani cities rank in terms of average air quality?

The World Air Quality Index 2019 listed nine Pakistani cities in the top 250 most polluted cities in the world based on the presence of fine particulate matters in their air. These cities were mostly in Punjab, with a few notable exceptions, like Peshawar and Karachi.

In the report, IQ Air also listed the capitals of the world in terms of their air quality. Islamabad, touted as a clean and green city, was 14th on this list, with a PM 2.5 score of 35.2. The country did not compare favorably with regional rivals on the listing either, scoring above India and Iran.

Is there a silver lining?

Despite the rather damning claims made in the report, IQ Air cautioned that numerous cities within the region, particularly in Pakistan and India, had seen improvements to their PM 2.5 levels from 2018 to 2019, resulting in an overall decrease in PM 2.5 levels by 14.8% in the region.

IQ Air also said that Pakistan had doubled its monitoring stations, but more than 90% of the data for air quality was still owed to individual contributors. The firm lamented that much of the region still lacked air quality data in remote areas.

The report also praised Prime Minister Imran Khan for taking the lead in tackling environmental issues, commending his reinstatement of an air quality monitoring infrastructure in Lahore, a program previously abandoned by the government of former premier Nawaz Sharif. 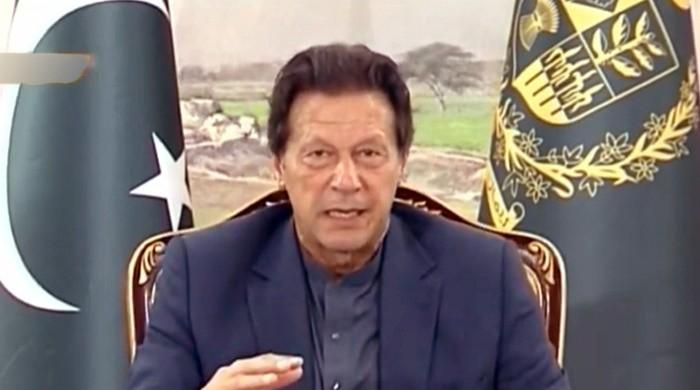