LONDON: Pakistani businessperson Arif Naqvi was not allowed to properly defend himself at the Westminster Magistrates’ Court before Chief Magistrate Emma Arbuthnot in an extradition hearing Tuesday brought at the request of the US government on sensational allegations of money-laundering, racketeering, and fraud due to certain elements of a political treaty.

Naqvi, the founder of the Abraaj Group, faces close to a whopping 300 years in jail on 16 counts if extradited to the US. His current predicament is compounded even more so by the fact that he is not allowed to contest any of the charges in the indictment against him or submit evidence on the facts of the case during the extradition hearings.

Under the current extradition treaty between the US and the UK signed in the wake of terrorism threats in 2003, extradition requests take any allegations as incapable of challenge and the extradition requesting state does not need to establish a prima facie case — as is common for other countries around the world.

In the US-UK cases, the grounds to argue extradition requests are curtailed to very few matters regarding the technicalities around extradition alone, leaving the defendants only able to argue against the extradition on the specific legal limbs of jurisdiction, forum, and human rights.

While not commenting on any of the merits of his case and evidence against the US, the businessperson through his legal team continued to deny the disturbing 291-year indictment that the US is pushing against him on the count of 16 charges.

After his arrest last year, UK authorities commented that Naqvi was not accused of any wrongdoing in the country and there are no allegations against him on UK soil from where he conducted a major and substantial part of the group's operations, second only to the Dubai office.

He has been accused of wrongdoing by the US government and, therefore, the UK courts only examine whether he should be sent there or stay in Britain.

Naqvi has asked the court to dismiss the US bid to take him out and instead hold the trial in Britain as the latter is the right forum for his trial, based on evidence provided in the form of witnesses and submissions.

Naqvi has also argued through his lawyers that if there was a trial, it should be in the UK because the Abraaj Group had more nexus and centrality to London.

The US office, he added, was a small marketing and investor relations office while the London office had different functions working here full time. The court in the British capital has heard that most of the investors were also mostly managed from there and the senior management mostly lived in the city as well.

According to people familiar with the matter and statements made in court, it is believed that while Abraaj’s ‘forum’ may be shown to clearly be in London, the extradition hearing being heard by Chief Magistrate Emma Arbuthnot will truly be decided on the basis of human rights as to whether Naqvi’s human rights will be violated if he goes to the US.

Naqvi’s lawyers have stated that as of recent developments, there has been a significant amount of information which has come to light on the federal US prisons in New York which have raised serious eyebrows around the world.

Expert reports have quoted freezing conditions, no light, concrete beds, rats, and vermin, with a witness saying: "If you don’t have serious mental health issues before you get there, you definitely will when you do”.

This is exacerbated by the fact that Naqvi’s physical and mental health conditions have significantly worsened over the course of time.

It has been noted that Naqvi has stayed virtually silent with no comments but denial to the media since the outset of the Abraaj Group’s issues. This is likely because of legal advice to not engage in a media battle with titans of the US.

But now, even in a court of law, at his place of residence, he is still unable to defend himself — meaning the only place that he can speak to the truth of his own case is in a US court, potentially after being incarcerated at a jail there.

The US also has a curious system of plea-bargaining, due to which pressure is exerted on prisoners to ensure that cases are resolved before they come to trial.

There has recently been a debate in the UK around potentially revisiting the political treaty between the two countries — especially in light of the Anne Sacoolas/Harry Dunn case that remains unresolved and where the wife of a US intelligence official ran over a 19-year-old British man and is at large in the US.

The US, in essence, has refused to send her to the UK where she faces charges and a chance in court.

The passing statements of fact provided by both Naqvi’s barrister Hugo Keith QC and that of the US government, Mark Summers QC, during the cross-examinations of witnesses have revealed two more very important pieces of information.

The extradition judge heard that Naqvi’s Abraaj Group returned all money to the Bill Gates Foundation and other American investors, with interest to the healthcare fund paid back to investors in full with interest by December 31, 2017.

The court heard that Abraaj Private Equity Fund VI (APEF VI) — the flagship fund which had raised a record $3 billion before Abraaj Group’s collapse — was never actually drawn down and no investor money ever invested or lost from that fund.

The court also heard separately that the US government entity Overseas Private Investment Corporation (OPIC), which was also noted in the indictment, was not an investor but a debt provider that had been repaid in full, contrary to the indictment alleging otherwise. 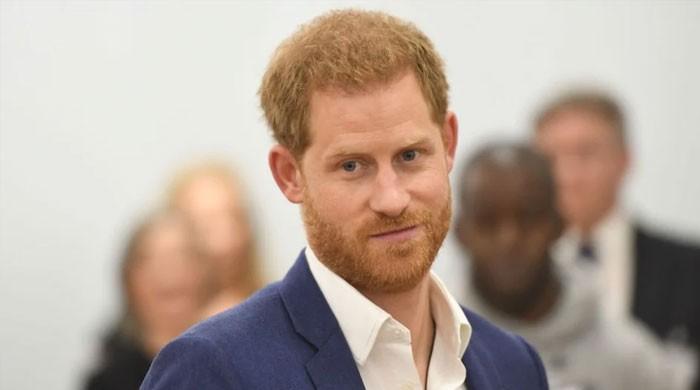