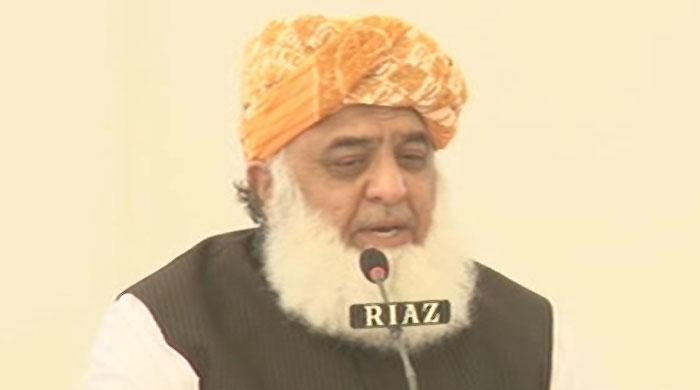 LAHORE: Jamiat Ulema-e-Islami Fazl chief Maulana Fazlur Rehman said on Tuesday that though violence against women is not permissible in Islam there are several points in the recently passed domestic violence law which contradict teachings of the Quran and Sunnah.

He was addressing a session at Mansoora which invited party leaders from all religious parties to discuss a legal framework to amend the Protection of Women against violence Bill.

“The government is making public only sugar, and hiding the poison in the law,” he said.

On Monday, Prime Minister Nawaz Sharif invited Fazl to discuss his reservations on the law at his residence in Raiwand.

Speaking to the media after the meeting the JUI-F chief said, “The Prime Minister heard our reservations against the law. He promised to amend the bill so that it does not contradict with the Quran and Sunnah.”

He said that the prime minister had promised to form a committee which would look into the reservations of the religious parties, including the JUI-F.

The law has been welcomed by rights’ activists but condemned by clerics and religious leaders who call it an ‘invasion of the privacy of the house’.

Earlier, Chief of Jamia Binoria International Mufti Muhammad Naeem termed the law a bid to suppress men at the hands of women. He said violence against women can be controlled by giving them rights allocated for them in the Sharia.

“Rulers under their mental slavery of the West are forgetting their social values also,” he remarked in the statement.

According to the new law, a toll-free number (UAN) will also be introduced to receive complaints while a district protection committee will be setup to investigate women’s complaints in this regard.

According to the law, a toll-free number (UAN) will also be introduced to receive complaints while a district protection committee will be setup to investigate women’s complaints in this regard.