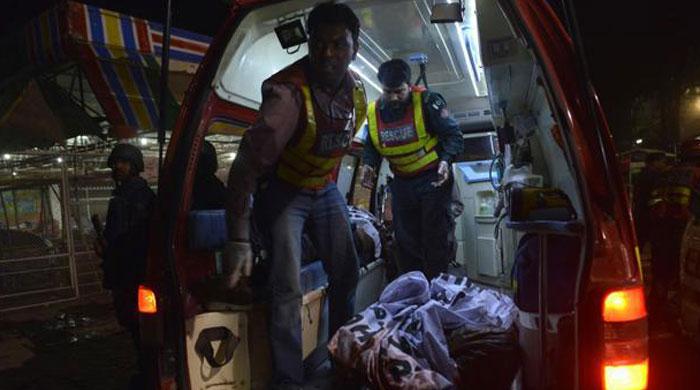 MUZAFFARGARH: Police arrested 15 people including three brothers of the suspected suicide bomber who killed 72 people at a park in Lahore.

The bomber has been identified as Yousuf, son of Ghulam Farid, a resident of district Muzzafargarh, born on January 1, 1988.

Sources close to investigation said the 28 year old bomber was a resident of Muzaffargarh’s Fatah Suhrani area. The three brothers were taken into custody during a raid conducted by the Counter-Terrorism Department (CTD) of police.

According to preliminary investigation, the bomber had been teaching at a seminary for eight years in Lahore after completing his religious education in Dera Ghazi Khan.

A blast on Sunday evening, occurred in the parking area of Gulshan-e-Iqbal Park, just outside the exit gate and a few feet (metres) away from children´s swings.

Eyewitnesses said they saw body parts strewn across the parking lot once the dust had settled. The park was particularly busy on Sunday evening due to the Easter holiday weekend.

"When the blast occurred, the flames were so high they reached above the trees and I saw bodies flying in the air," said Hasan Imran, 30, a resident who had come to Gulshan-e-Iqbal Park for a walk.

Soon after the attack, the Punjab government ordered all public parks to be closed and announced three days of mourning in the province.

Punjab has traditionally been more peaceful than other parts of Pakistan.