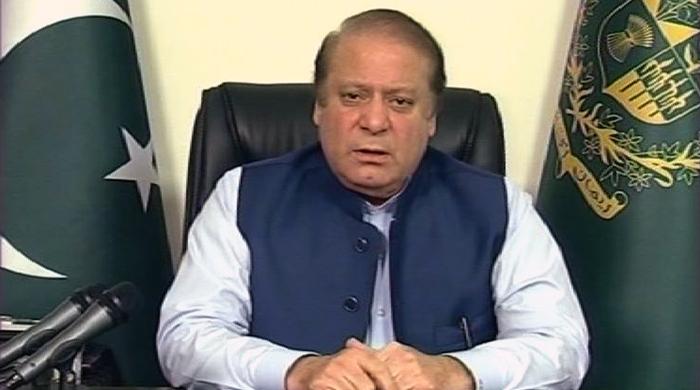 ISLAMABAD: Prime Minister Nawaz Sharif, in his address to the nation on Tuesday, refuted allegations against his family that came into prominence through Panama Papers — an unprecedented leak of 11.5 million files from an offshore law firm Mossack Fonseca.

The prime minister announced formation of an independent judicial commission, headed by a former judge of Supreme Court, to probe allegations against his family.

“In my entire political career, this is the first time I am here to clarify something related to [my family],” Nawaz said. “Once again, some people are trying to defame [us]. Time and again, these allegations are being repeated in media for the past 25 years.”

The prime minister said that his father, Mian Mohammad Sharif, had established Ittefaq Foundries before Pakistan came into being. “Before the country’s inception, it had become a strong institution and had a branch in Dhaka as well,” he said.

“Ittefaq Foundries was returning revenues to the state in the form of taxes,” the premier said, adding that after the Fall of Dhaka in 1971, the East Pakistan branch couldn’t function any longer and later due to Zulfiqar Ali Bhutto’s nationalised policies, the Lahore branch was also taken away from his family.

“Since 1936, we were robbed off the assets our elders had established. But we didn’t lose hope and worked hard. We managed to establish six [new] factories during the Bhutto era,” Nawaz said.

“In July 1979, Ittefaq Foundries was returned to us in a dismal state. My father restored it again. Back then, I had just graduated from university and none of my family members had anything to do with politics. [Our factories] were playing their part in bettering the country’s economy by paying billions in taxes,” he added.

Nawaz recalled the Pakistan People’s Party’s (PPP) second era in the government and said that their “businesses were subject to state discrimination”.

PM Nawaz addresses to nation after Panama Leaks... by GeoNews

“Then 1999 came, when our government was overthrown, the rest that followed is no mystery. We were sent to jail for 14 months, our homes were occupied.

“[All the] government machinery was directed against our businesses. But we never lost hope. We continued to tread on the path of law. None of the allegations against us have ever been proven in any court of law,” the premier added.

Clarifying his position on the papers alleging his sons to have been involved in offshore holdings, Nawaz said: “Hassan Nawaz has been living in London since 1984 and Hussain Nawaz is living in Saudi Arabia since 2000. They are doing businesses on their own. It is irony that if my sons do business in Pakistan, they are targeted unfairly and if they do business abroad, then too, they are targeted unfairly.

"Despite discrimination against Ittefaq Foundires, we managed to return taxes worth Rs4.75 billion. I have informed the nation with reality. Would like to mention that in government or outside, our family has never taken any undue benefits."

The prime minister said that he has taken oath to take Pakistan to glory.

“I don’t have time to respond to those who have nothing better to do other than to criticise. I don’t want to waste my energy on them,” he added.

Nawaz reiterated that there wasn’t any allegation against him and that his sons were responsible for their own actions. “I could have remained silent. Some peers suggested that I should remain silent as my address to the nation would give this issue unnecessary attention,” the prime minister said.

“My dear countrymen, I wanted to bring the truth in front of everybody and that every Pakistani [should] know the truth,” he added.

“Today I have decided to form an independent judicial commission. I ask those who are alleging against me to go and prove their allegations in front of the commission,” the premier concluded.

'Forming commission would be of no use'

Reacting to Prime Minister Nawaz Sharif’s announcement of forming a judicial commission to probe allegations against his family came into prominence through Panama Papers leak, Pakistan People’s Party (PPP) leader Aitzaz Ahsan said constitution of the commission will be of no use.

In a statement issued after the PM’s televised address to the nation on Tuesday night, Ahsan said a better idea would have been to get a forensic audit conducted.