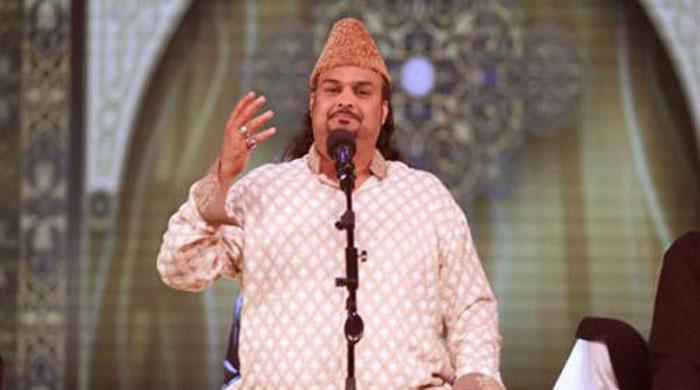 In an important breakthrough in the murder case, police arrested one of the assassins from Gulshan-e-Iqbal's block 13-D.

Police teams have dispatched to interior Sindh to arrest other suspects involved in Sabri's assassination.

Two gunmen shot at the windscreen of Sabri's car on June 22 as it drove off a bridge in the congested Liaquatabad area, and a relative travelling with him was also injured.

Sabri was travelling with an associate when two gunmen on a motorcycle opened fire on the white Honda Civic car. Sabri died on his way to the hospital.

His funeral was attended by thousands of supporters, devotees and fans.

Amjad Sabri, 45, was one of South Asia's most popular singers of the 'qawwali', Sufi devotional music that dates back more than 700 years.

Amjad Sabri was the son of renowned qawwal of the 1960’s, Ghulam Farid Sabri, and the nephew of qawwali icon Maqbool Sabri who passed away in 2011.

Maqbool Sabri along with his brother, the late Ghulam Farid Sabri, formed a formidable qawwali group in the mid-50s and became known for their soul-stirring renditions of arifana kalam (mystic poetry). Some of their most memorable and famous qawwalis include Bhar Do Jholi Meri, Tajdar-i-Haram and Mera Koi Nahin Hai Teray Siwa.

Pakistan to resume Afghan exports through Wagah crossing from July 15