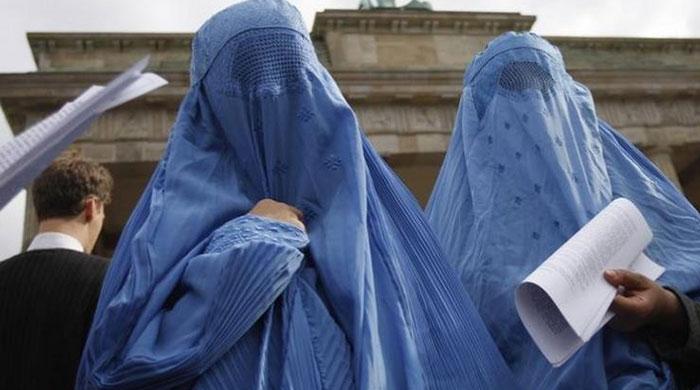 PESHAWAR: Six young girls from Hangu district are still waiting for justice and action against some people who made use of the ancient custom of ‘Ghag’ to bar their poor parents from marrying them off to someone else.

‘Ghag’ is a centuries-old tradition whereby a man, without the consent of a girl or her parents, makes a declaration in public that a particular girl is engaged to him. As a consequence, no other man dares to send a marriage proposal for the girl as it would earn him enmity of the person who made the ‘Ghag’ call. .

Moreover, the man who declares ‘Ghag’ on a girl does not marry her. The custom covertly serves as a means to seek revenge on families or a threatening tool to solve disputes.

Under the Elimination of Custom of Ghag Act 2013, whoever used ‘Ghag’ to ask for a girl’s hand in marriage will be punishable with imprisonment for a term no less than three years, which may also be extended to seven years. It also states that a fine of Rs0.5 million has to be paid by the offender.

“Even after the high court direction, the accused are giving threats to me and demanding hands of my daughters in marriage,” Payao Muhammad, father of the six girls, told The News.

He said all the accused are his brothers or their sons Gul Qadeem and Noor Qadeem and grandsons Muhammad Riaz and Noor Kaleem. He said he had registered FIR against the accused, but three are absconders. “One was arrested, but the local court acquitted him of the charges and I later filed an appeal in the high court,” Payao Mohammad explained.

The Peshawar High Court (PHC) on April 27, 2016 directed the inspector general of police, Khyber Pakhtunkhwa, commissioner Kohat, deputy commissioner and district police officer, Hangu to facilitate the petitioner Payao Muhammad for arranging the marriage of his six daughters with any aspirant and suitable persons, particularly those who in the past had sought the hand of the girls and were threatened by the accused persons.

Ambreen Gulzar, lawyer of the petitioner in the case, told The News that the high court had strictly directed the police high-ups and the district administration to take action against the accused as per the law and make all arrangements for the marriage of the six girls. However, she said that despite the court orders the accused were still sticking to their demand of ‘Ghag’ and the police have failed to nab them.

Narrating his ordeal, the 50-year old Payao Muhammad said he was a happily married man and loved his wife. However, he said his sister was married to the brother of his wife and they were not happy with one another.

“My sister got divorced after 15 years of her marriage due to a dispute with her husband,” he said. He added that he was now being forced by his brothers to divorce his wife.

“I want my daughters to get married and live a happy life, but this custom of ‘Ghag’ has made our lives miserable,” Payao Muhammad pointed out.

“My elder daughter Irshad Bibi is 28 years old and time is running out for her to get married,” he lamented. He said his other daughters including 23-year old Tasleem, Ruqqaya who is 20, Nadia aged 18 and 16-year old Saima were also of marriageable age. He added that his youngest daughters Khatam Naza is 14 years old.

“I am worried for the future of my daughters. Whenever someone comes to my home with marriage proposal for my daughters, the accused start hurling threats at them,” the elderly Payao Muhammad said. He said the police and district administration have failed to take action against the culprits.