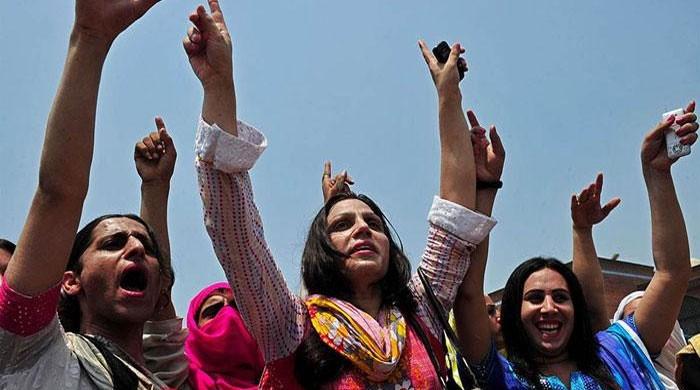 SIALKOT: Police on Monday apprehended five men alleged of torturing a transgender in Sialkot and lodged a case against them, officials said.

The prime suspect, Aijaz alias Jajja, had allegedly stormed the house of a transgender, Phool, along with his accomplices a few days ago, DPO Sialkot Dr. Abid said.

The suspects had allegedly subjected a transgender named Shanaya to brutal torture for declining to pay protection money.

The poor transgender repeatedly pleaded for mercy, but the suspects kept beating her.

Police, however, today held five men in connection with the incident.

The DPO Sialkot said they have arrested five people, including Jajja, and lodged a case against them.

Fifteen other suspects have also been nominated in the FIR, he added.