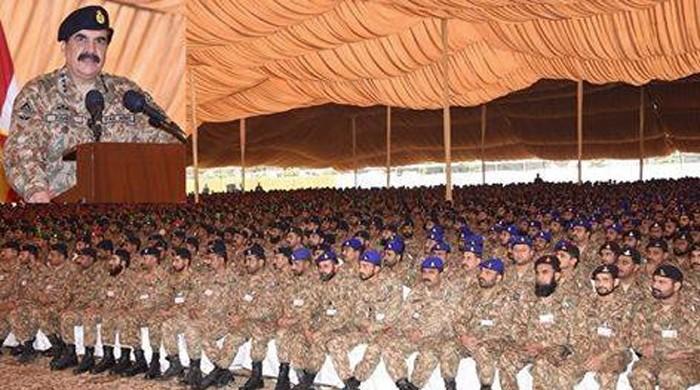 OKARA: During one of his farewell visits, Chief of Army Staff General Raheel Sharif addressed officers of Multan and Bahawalpur Corps at Okara Garrison on Friday, the ISPR said.

COAS appreciated the officers over their professionalism and dedication in maintaining an effective vigil along the international border in harsh desert environment, the ISPR said.

According to the ISPR, Gen Raheel lauded them for achieving highest training standards and reaching out to people for help in case of calamities and disasters.

Upon his visit, the Army Chief inaugurated a state of the art special children school both for civil and military families in the region. He also spent some time with children and staff of the school.