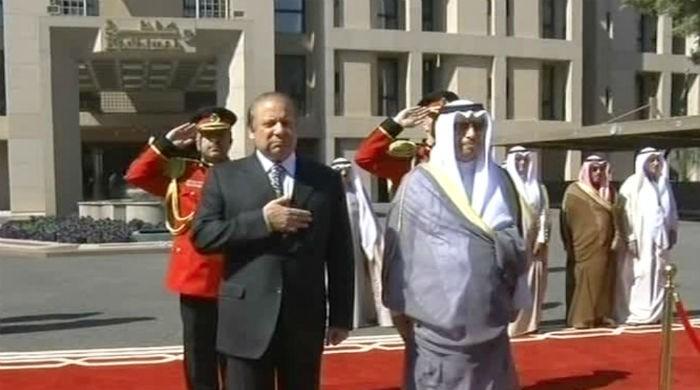 KUWAIT CITY: Pakistanis can now apply for Kuwait’s visa as the country has decided to lift its visa ban on Pakistan after six years.

The decision was made during the meeting between Prime Minister Nawaz Sharif and Kuwait Amir Sheikh Sabah Al-Ahmad Al-Jaber Al Sabah on Tuesday.

PM Nawaz had arrived at Bayan Palace on Tuesday to hold talks with the leadership of Kuwait. The two countries also plan to collaborate and establish a joint council for business. Alongside, both the countries will work together on five different fields.

PM accompanied by a high-level delegation had arrived in Kuwait on Monday upon the invitation of Amir of Kuwait. The PM was expected to address businessmen, investors, and Pakistani community as well.

In 2011, Kuwait suspended all tourism, visit, trade visas as well as visas sponsored by spouses for nationals of Syria, Iraq, Iran, Afghanistan and Pakistan. According to reports, the ban was placed due to “difficult security conditions in the five countries” and to “the remarkably increasing tendency of nationals from the five countries to apply for visas to bring in relatives who faced or could face arrest by local authorities.”