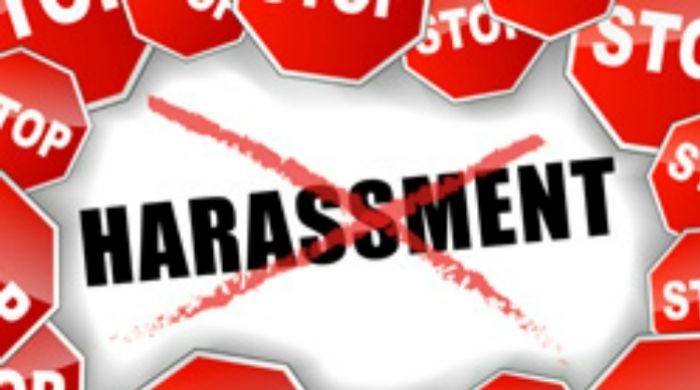 I remember his face clearly. I was eight years old, or maybe nine. My mother had brought me on a routine trip to the Sunday market for grocery shopping. As she haggled for a better price, I stood in silence nearby. Just then, a man, a stranger, brushed up against my shoulder as he walked past. He then stopped and did something I am reminded of even today. Every time I hear the term “male entitlement” the memory comes rushing back. The fearlessness, the audacity with which men can pinch, touch and sexually harass women in public spaces, was captured in his one gesture. He turned back, grinned and then melted into the crowd, as if to tell a confused eight-year-old that there's nothing she can do about it. Her personal space isn’t hers and can be violated as and when wished by a stranger. If that is what he was thinking then he was right. I didn't do anything. I could have told my mother, but I didn’t.

Like in other spaces, sexual harassment at work has also been normalised, even as more women join the workforce, both in the private and public sector. Disturbingly, men see these women outside the confines of their home as fair game.

Pakistan’s Protection against Harassment of Women at Workplace Act 2010 defines harassment as “any unwelcome sexual advance…or other verbal or written communication or physical conduct of a sexual nature…causing interference with work…or creating an intimidating, hostile...work environment, or the attempt to punish the complainant for refusal to comply to such a request or is made a condition for employment.”

Even when sexual misconduct is reported, women say their grievances are not taken seriously unless there is a clear evidence of physical harassment or unless documented proof is presented.

For *Ayesha it began with her manager sending her a friend request on Facebook. “I rejected the request,” she narrates from Karachi, “Then came the inappropriate, sleazy comments about my outfits. I was still not sure how to take this up with the Human Resource, so I just kept quiet and tried to avoid him.”

But silence was the enabler in this case, as in most others. Ayesha finally decided to take up the complaint when the manager passed an uncalled-for comment about her appearance while the entire office staff was present. Ayesha had blocked his number and deleted his messages, which made it harder for her to prove the inappropriate behaviour to the management. Other women also complained as Ayesha stepped up, but to no avail. The management brushed it off as a simple case of misunderstanding.

For Sana*, who works for a hip digital agency, sexist comments and uncomfortable gazes were common at work. “My job requires a lot of inter-city travel, and women and male colleagues mostly have to share the conveyance,” she explains, “This one guy would always try to inappropriately touch the woman sitting next to her, but he would it do it subtly. The women would let it go lest they be taken as oversensitive or prude for complaining about something considered ‘normal.’ The same guy would also insist women talk alone in his room while on an official trip.” Upon taking it up with the higher management, Sana was told, “you’ll find this type of environment everywhere.”

Penalising the public and private sector for failing to create a safe work environment for women is merely the first step. The society has bigger monsters to slay. Unless certain misogynistic societal and cultural norms are not stopped from dictating a women’s role in the society, women’s visibility in public spaces will continue to be seen as digression from the norm. When basic respect is considered exclusive for women who conform to societal roles of a “mother”, “daughter” and “wife”, violence and sexual aggression against any “transgressor” becomes normalised, is accepted and sometimes even celebrated.

The writer works at Geo. She tweets @Sindhu_Abasi

Note: The views expressed in this blog are those of the author, and do not reflect the official policy or position of Geo News or the Jang Group.