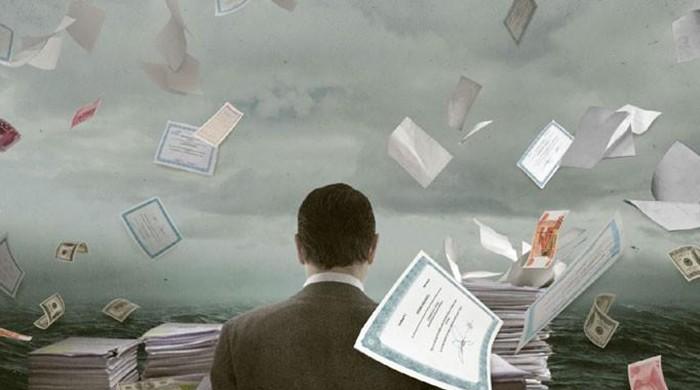 On April 20, the Supreme Court of Pakistan announced its promised decision. In a 540-page verdict, about the Panama papers case, it ordered the formation of a Joint Investigation Team (JIT) to probe the prime minister and his family.

Now, this is no ordinary probe. Nor is this an ordinary team. For the first time, in the history of Pakistan, a JIT will investigate the prime minister, the leader of the country, under directives from the apex court.

Joint Investigation Teams in the past have been formed only to look into criminal cases.

This team will be made up of six members. Out of which, two will be appointed by the country’s financial regulators - the State Bank and the Security Exchange Commission of Pakistan.

It is unusual for the court to use the term ‘white-collar crime’ and to arbitrate over matters of money laundering and financial crime. This is indeed a historic undertaking.

According to the National Accountability Ordinance white-collar crime is described as such:

2. A person, as in the case of a company or body corporate, the sponsor, chairman, chief executive, Managing Director, Elected directors, whatever name called.

White-collar financial crimes in Pakistan have involved senior civil or uniformed bureaucrats, the political elites and members of the law-enforcement agencies. To date, no one has been indicted. Primarily because proving them in a court of law is an extremely difficult task. Cases of corruption and fraud have been brought up against former president Asif Ali Zardari, a former bureaucrat Usman Farooqi, an ex-navy officer Admiral (retd) Mansoor ul Haq, amongst others. None were ever proven.

Finding evidence of suspected pilfering of large sums of money by the prime minister will be a tall task. Nawaz Sharif and his sons, Hassan and Hussain Nawaz, have been ordered by the court to appear before the JIT, when required, to answer questions about their acquired assets or any interest which maybe disproportionate to their known means of income.

Is the court setting a new precedent? Will it provide future lessons for financial regulators pursuing white-collar crimes? Nothing is certain as of now. But Justice Wajihuddin Ahmed, a former justice of the Supreme Court, has an interesting take. Talking to Geo News, after the verdict, he said that accountability is important to control bad governance and the misuse of powers, by all, including the prime minister. “The government and others need to concede to the competence of the court to decide on matters of accountability,” he added.

Fight for justice: The probe into the brutal murder of journalist Aziz Memon

The fear of reporting during COVID-19

Omar Saeed Sheikh — a man running in the labyrinth of terror

An ethics of connection

How COVID-19 is changing policing in Pakistan

How effective is the ministry of inter-provincial coordination during a pandemic?

The new normal: social degradation or a new way of life?

The world under attack: who can be the saviour?