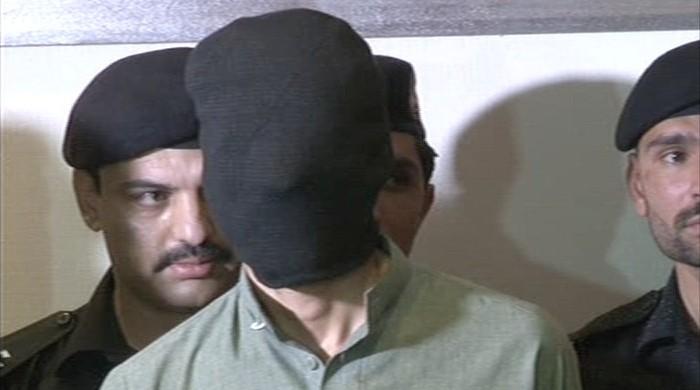 MARDAN: The shooter of Mashal Khan was presented in an anti-terrorism court on Friday and remanded in police custody for four days along with other five other suspects.

DPO Mardan has stated that 47 of the 49 accused in the Mashal Khan case have been arrested. He added that there are reports of two accused hiding in tribal areas.

On Thursday police said the person who shot Mashal Khan had been arrested. The person identified as Imran was a classmate of Mashal in the journalism department.

"Two confessional statements mentioned the name of the person who shot at Mashal. The person identified as Imran was a class fellow of Mashal in the journalism department," said DIG Mardan Alam Khan Shinwari.

The culprit has confessed to the crime in front of the magistrate, he added.

On April 23, an employee of the university wanted for inciting the mob which murdered Mashal was arrested.

Abdul Wali Khan University Student Mashal Khan was killed by an angry mob who had accused him of blasphemy on April 13.