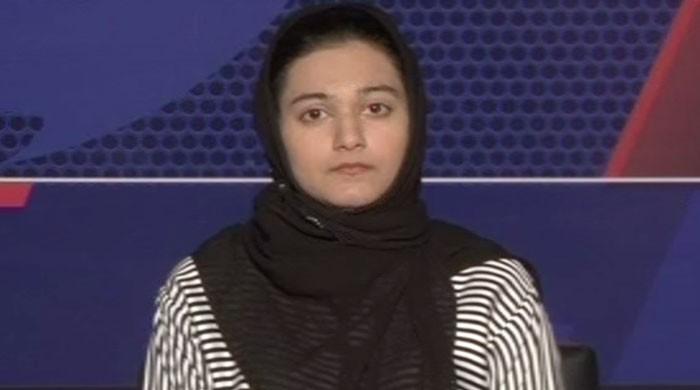 The thought of facing the man who stabbed her during a school exam terrorises law student Khadija. “The thought of attempting the paper with him there traumatises me”.

Khadija who will appear for the exam on May 19 appeared on Geo News programme Aaj Shahzeb Khanzada Kay Sath on Wednesday night appealing for justice.

On 3 May 2016, Khadija was stabbed 23 times by a classmate in the provincial capital of Punjab, Lahore. Over a year since the horrific incident, Khadija still awaits justice and appeals to society to raise its voice for her.

"I appeal to people with daughters and sisters to support me. I appeal to the judiciary to listen to my voice, reopen the case and review the decision to grant bail to the accused."

Khadija' attacker, Shah Hussain stabbed her repeatedly on Lahore's Davis Road. He managed to flee from the scene of the crime but was captured on a mobile camera by an eyewitness.

A few days later, Khadija identified her attacker and got him booked on charges of attempted murder. Ironically, Khadija's younger sister, whom she had gone to pick from school, was also there when she came under the brutal attack and witnessed the entire episode.

She was somehow saved by her driver, who tried to take control of the attacker, forcing him to flee from the scene.

The attack was witnessed by hundreds of people in front of a hotel on Davis Road.

After the registration of a case, the accused, Shah Hussain, requested a sessions court for bail before arrest, which was turned down. Hussain, whose father happens to be a renowned lawyer, was aided by a number of other lawyers to flee from court premises after his request was turned down.

In September 2016, Hussain's lawyer once again challenged the sessions court verdict in the Lahore High Court, but the court maintained the earlier verdict.

Three days later the accused surrendered himself to police and was sent to prison. He remained behind bars for nearly two months and was subsequently released on December 1, 2016, after the sessions court granted him bail.

Khadija filed an appeal against the court's decision, but it was dismissed.

Asked as to why did Hussain attack her, given that they had been friends in the past, the Khadija said: "We were friends, but I distanced myself from him due to his violent behaviour at times. Hussain would hack my accounts, call my father over petty issues and coerce me. Only he can answer what made him attack me in such brutal manner."

Khadija and Hussain had no communication for nearly a year, before the latter attacked her. Asked if she had anticipated any repercussions, Khadija replied "No! It was all of a sudden and abrupt."

"You attempted to kill someone and that too in front of her younger sister, but there is no accountability for you in the society," she spoke painfully of the accused being out on bail.

Questioned is this was due to the flaws in the system or lawyers' pressure that her attacker got out, the law student said: "This is 'Wukla Gardi'. I have seen lawyers swarming courtrooms, pressurising my lawyer. It also scares the judges at times."

"There are loopholes, but not as much to cause such prolonged delays. It is because of this that the powerful keep pressurising, blackmailing the victim party."

Did the father of the accused pressurise or approach you? Asked anchorperson, Shahzeb Khanzada. Khadija replied, "Yes, he approached us. He told me you can't win this case. How far can you take it?"

"But I am standing my ground because if I let go, then this would create more such avenues," she said, adding that the father of the accused also requested her to forgive his son.

House of Lords conference told about Indian atrocities in Kashmir

Pakistan has benefited from peace, will not become part of any conflict: PM Imran