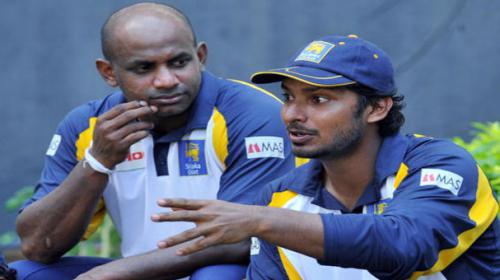 SYDNEY: Sri Lanka great Sanath Jayasuriya has said he would love Kumar Sangakkara to go back on his decision to quit one-day internationals after the World Cup after witnessing his "unbelievable" batting feats during the tournament.

The Islanders head into their quarter-final against South Africa at the Sydney Cricket Ground on Wednesday with Sangakkara in sensational form after becoming the first batsman to score hundreds in four successive ODI matches.

Since being dismissed for seven by Afghanistan in a World Cup group match in Dunedin last month, the 37-year-old left-hander has made scores of 105 not out against Bangladesh, 117 not out against England, 104 against Australia and 124 against Scotland.

"Unbelievable," said Jayasuriya, now Sri Lanka´s chairman of selectors, when asked about his former team-mate during a training session at the Sydney Cricket Ground on Monday.

"It´s one of the rarest things you can see, him playing four (hundreds) in a row. I´m lucky to be here to watch all four innings.

Jayasuriya, a key member of the Sri Lanka side that won the 1996 World Cup, said age was not yet a barrier to Sangakkara continuing in white-ball cricket.
"He´s (still) playing Test cricket but definitely I would love him to continue for a few years. It´s all in his hands."

Jayasuriya, asked if there was a secret to wicket-keeper/batsman´s Sangakkara´s success, added: "Since he came into the side in 2000 he has been working really hard, his keeping, his batting and he wants to improve his game every day.
"That´s what he´s doing even when he´s playing his last one-day series. He´s mentally a very strong guy and he wants to do well all the time."
South Africa coach Russell Domingo admitted his side had a challenge to contain Sangakkara.

"He´s in the form of his life, he´s got four hundreds and you´ve got to think that there´s a lower score just around the corner," Domingo said at the SCG on Monday.

"It´s good for both sides, bowlers and batters, but always challenging. It´s a good way of playing cricket." (AFP)